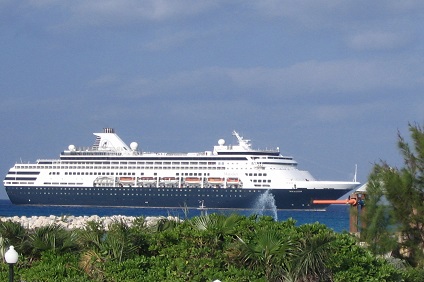 Vancouver
Once a trading post and a rough-and-tumble sawmilling settlement, today modern Vancouver, Canada is many things. It’s a bustling seaport, a hub for outdoor enthusiasts looking for active things to do in Vancouver, an ethnically diverse metropolis and Hollywood of the North. Hemmed in by mountains and sea, Vancouver seduces visitors with its combination of urban sophistication and laid-back attitude against a backdrop of glass towers and modern sights and plentiful green spaces.

Ketchikan
Alaska’s “First City” of Ketchikan is so named because it’s the first major landfall for most cruisers as they enter the picturesque fjords of the Inside Passage, where the town clings to the banks of the Tongass Narrows, flanked by green forests nurtured by abundant rain.

Ketchikan has long been an important hub of the salmon-fishing and -packing industries—visitors can try their luck on a sportfishing excursion or simply savor the fresh seafood at one of the local restaurants. It is also one of the best spots along the Inside Passage to explore the rich cultural sights of Native Alaskan nations like the Tlingit, Haida and Tsimshian. You can see intricately carved totem poles at the Totem Heritage Center and Totem Bight State Park, while the attractions of Saxman Village just outside of Ketchikan offers the chance to see Tlingit culture in action, with working carvers and a dance show in the clan house. And leave time to explore the sights in the town itself, including historic Creek Street, a boardwalk built over the Ketchikan Creek, where you can shop for souvenirs, smoked salmon and local art, while exploring gold rush­–era tourist attractions like Dolly’s House Museum.

Homer
This plucky little town sells End of the Road certificates to visitors who’ve motored here to the furthest reach of the Kenai Peninsula. It’s something worth celebrating: a drive down the world’s longest street that protrudes into the ocean! But walkers, bikers and in-line skaters can also experience the thrill, thanks to a 6.5-kilometer-long (four-mile-long) paved multiuse trail.

The rich fishing grounds here attracted Native Alaskans centuries before Captain James Cook claimed the Kenai Peninsula for Britain in 1778. After some Russian tyranny—fur traders forced Native Alaskans to hunt sea-otter pelts for them—Homer got a proper start as an English-settled coal-mining town in the 1890s.

Today the area’s known as the Halibut Fishing Capital of the World, and it captivates audiences around the globe as the home of the Discovery Channel’s Kilcher family, made famous by Alaska: The Last Frontier. Homer’s port also anchors the F/V Time Bandit, which swashbuckled into TV viewers’ hearts via Deadliest Catch. Top Homer attractions include the Pratt Museum, the Alaska Islands and Ocean Visitor Center and hikes at Grewingk Glacier Lake.

Juneau
Juneau, Alaska may well be the most remote, most beautiful and strangest state capital in the United States. Surrounded by water, forest and mountain sights, visitors seeking things to do in Juneau indoors and outdoors can hike a glacier, eat fresh-caught fish on a seaside patio and tour a grand capitol building all in one day.

The city itself is pleasant, but the real highlight of a visit to Juneau is tracking down some wildlife. You can hike up Mount Roberts to chance upon wild deer and bald eagles. Most sightseeing and whale-watching tours head north to Auke Bay—bring a good pair of binoculars to get the best view of these majestic and surprisingly graceful creatures. If you prefer land mammals, catch a floatplane to a nearby wildlife reserve such as Chichagof or Admiralty Island to spy some bears lolling around.

The sleepy, misty city of around 32,000—mostly fishermen and small-business owners—has a frontier town vibe, but welcomes more than a million visitors each summer to its natural attractions, cementing Juneau as Alaska’s number-one tourist destination. 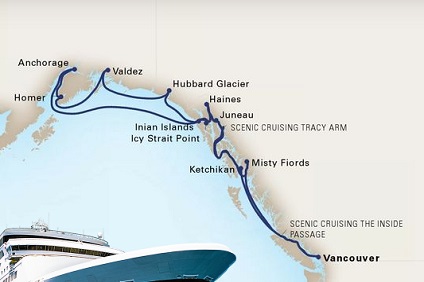