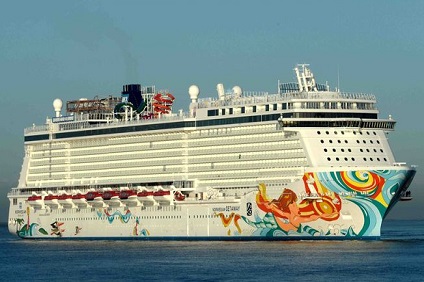 Start things off in Croatia with a walk along the famous stone walls that line the coast of the city of Dubrovnik. Take a cable car to the summit of Srd, a mountain just outside the city or visit the Rector's Palace, a 14th-century Gothic-Renaissance museum. In Santorini, you'll marvel at the iconic-whitewashed buildings lining the coast. Explore the Bronze Age ruins at Akrotiri or spend the day tanning on the red sand beaches. Mykonos provides ample opportunities to immerse yourself in Greek mythology at the archeological sites on Delos or learn about local nautical history at the Aegean Maritime Museum. The southern Italian city of Naples will amaze you with its architecture. Hike Mount Vesuvius and visit the ancient ruins of Pompeii or marvel at the beautiful frescoes in the Duomo di San Gennaro.


Highlights of this cruise:

Rome (Civitavecchia), Italy
Endless adventures await in Rome. With two and a half thousand years of history, art and culture, it is no wonder Rome is one of the most visited cities on the planet. Gaze at the masterpieces of the Vatican or walk into the past with visits to ancient relics, historic monuments and legendary museums. Or people-watch while sipping on an espresso in a quaint cafe.

Kotor, Montenegro
Tucked away between the mountains and the Bay of Kotor, one of the most indented parts of the Adriatic Sea, is where you'll find the picturesque town of Kotor. As you arrive at this secluded city, you'll notice the dramatic 65-foot high protective walls, which date back to the Venetian period during the 9th century. Stroll the labyrinth of cobbled streets with cozy cafes and craft shops as you marvel the graceful old buildings. Listed as a UNESCO World Natural and Historical Heritage Site, Kotor is also world-famous as a premier yachting and sailing destination.

Dubrovnik, Croatia
Despite the magnificent 13th century walls that surround the city, Dubrovnik is one of the most welcoming cruise destinations in all of Europe. Dubbed “the pearl of the Adriatic” by the poet, Lord Byron, this Croatian city exudes romantic charm and beautiful scenery with its shimmering marble streets, centuries-old buildings capped by bright orange roofs, and lovely beaches ensconced between awesome rocky ledges. Explore more of Dubrovnik on a European cruise!

Corfu, Greece
One of the lushest of the Greek Isles, Corfu is rimmed in dramatic blue waters and topped with tranquil hillside villages. A collection of quaint cafes in the town of Corfu feels very continental, but the island's secluded coves and sandy beaches could only be found in the Greek Isles. Explore more of Corfu on a European cruise!

Santorini, Greece
Whitewashed villages clinging to the sides of the sea cliffs have made the volcanic island of Santorini one of the most widely photographed places in the world. The island's charm and subtle mystery have even made it a target of speculation as the location of the lost city of Atlantis.

Athens (Piraeus), Greece
This is the cradle of civilization, the oldest city in Europe. Not only is this city home to the Acropolis and some of the most important architectural structures and archaeological finds in the Western world, It is also a very modern city, an urban amalgam of extraordinary art, culture, cuisine and shopping. Explore more of Athens on a European cruise!

Mykonos, Greece
Mykonos is a classic Greek Island with whitewashed houses, blue-domed churches and windmills. Add a reputation for beautiful beaches and you'll understand why Mykonos is the most popular island in the Cyclades. Explore the island in a 4 x 4 or take a ferry to the tiny island of Delos. Explore more of Mykonos on a European cruise!

Naples, Italy
Cruise to Naples, located on Italy's stunning Amalfi coast, a city rich in history. A tour around Naples' grand piazzas, cathedrals and castles in the old centre will take you back centuries. Pompeii is not too far either, a dashing city which boasts diverse cultural offerings and charming streets. Explore more of Naples on a European cruise!

Florence/Pisa (Livorno), Italy
How lucky to visit the Tuscan region, Florence & Pisa, resplendent in art and history. What's even more fortunate is that all the main attractions in Florence are centrally located for the perfect walking tour. See Santa Croce, Piazza del Duomo and Michelangelo's David. Explore more of Florence & Pisa on a European cruise!

*Conditions Apply: Prices are per person, capacity controlled and listed in Australian dollars twin share including port taxes. Prices may fluctuate if surcharges, fees, taxes or currency change, and may be withdrawn at any time. Prices shown here are not shown in real time. While we endeavour to keep our pricing as up-to-date as possible, the advertised prices shown here may differ from the live prices in our booking system. The prices shown are for a cash payment. Credit card fees of up to 2.5% will apply. Offer correct as at 08Aug19 and subject to live availability at time of booking. Prices are per person twin share based on best available cruise fare, inclusive of all discounts unless otherwise stated. All offers are capacity controlled and can be withdrawn or modified at any time without notice and subject to availability at time of booking. Outside and Balcony cabins may have obstructed views and Suite cabins comprises Junior Suites, Mini Suites and any other type of suite that represents the best value for each cruise. Onboard gratuities are included. ~Specialty restaurants may incur a surcharge. All passports, vaccinations and visas are the responsibility of the travelling guest to secure prior to departure from Australia. Some cruise lines reserve the right to impose a fuel levy if the NMEX price reaches a certain level - please check with your consultant at time of booking. Cruise deposit, amendment and cancellation conditions apply. Travel agent service fees not included. Special conditions apply - please ask for full details at time of enquiry. Please note only residents with an Australian address are eligible to book Australian rates in Australian dollars. This cruise package is provided by Seven Oceans Cruising, please ask your travel agent to contact us for more information.