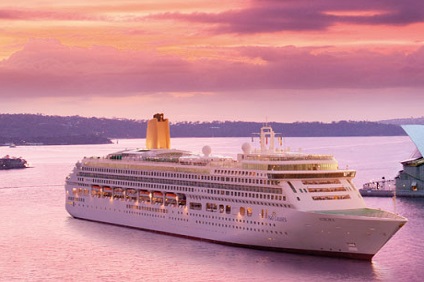 PAST PASSENGERS! If you are a Past P&O International guest, please make us aware at time of quotation. You could be entitled to a further discount. Offers are at the discretion of cruise line and subject to change without notice.

Taking in six destinations, three countries and six days at sea, this holiday gives you the chance to relax and explore in equal measure. Taste tapas and immerse yourself in the culture of Spain. See the historic cities of Portugal and meet the ‘locals’ during a call at Gibraltar. Your first call is at El Ferrol, one of Spain’s most important maritime ports. Stroll the narrow streets and peaceful squares or hike through the nearby Atlantic woods. Next, you can visit pretty Porto on tours from Leixoes, before you sail to Gibraltar. Head to the top of The Rock to photograph the stunning views of Africa, Algeciras and mainland Spain, and meet the cheeky Barbary macaque monkeys. But remember to make time for duty-free shopping! Vibrant Valencia is known for its pavement cafés and paella, and of course its lovely white-sand beaches. Enjoy a day in the city before you head to Almeria on the Andalusian coast. Visit the Arab Fortress, gypsy quarter and charming old town, or simply stretch out on one of the picturesque beaches. Finally, cruise to beautiful Lisbon. Check out the gothic cathedrals and fascinating museums or head to the golden sands of Estoril beach before you sail back to Southampton.

El Ferrol
Situated in province of A Coruña in Galicia, El Ferrol has been linked to the sea for more than two millennia. From a tiny fishing port, this maritime city has grown, particularly since the 18th century, to become a major naval shipbuilding centre. Main sights to see include the Castle of San Filipe, established in the 16th century to protect the Spanish Navy, or the Royal Dockyard, home to the ships themselves.

Oporto
Oporto is an enchanting, historic city with Roman ramparts and Parisian-style squares. But it's best known for its port wine - to which the city gave its name. The cathedral area is filled with many treasures, like the Renaissance church of Santa Clara and the densely populated quarter of Barredo, which hasn't changed since medieval times. The narrow streets of the riverside quarter of Ribeira are delightful and dotted with fashionable bars and restaurants overflowing with seafood.

Valencia
Vibrant Valencia, Spain's third-largest city is a popular and picturesque resort known for its pavement cafes, parties (Las Fallas) and paella. Amongst art and architecture you can see plazas, palaces, churches and cathedrals, before heading to one of the city's white sandy beaches to cool off.

Lisbon
Some of the best views of the Portuguese capital come as your ship cruises along the Tagus River. You pass the Belem Tower and the impressive Monument to the Discoveries with its statue of Henry the Navigator before arriving at the Lisbon cruise terminal.Although small for a European capital, this city does sprawl a little so you would do best to concentrate on three districts - Baixa, Bairro Alto and Alfama, each with its own distinctive style, making Lisbon cruises a must see.Baixa has busy streets of inviting shops, cafés and restaurants while Alfama is the atmospheric old town with narrow cobblestone streets, medieval and Moorish-style buildings, wrought-iron balconies with trailing flowers and a mix of small shops and bars. Bairro Alto is another historic district with narrow streets and is a steep climb from Baixa so look out for the 100-year-old lift (Elevador do Carmo) near Rossio Square. With such a variety of destinations to explore, cruises to Lisbon bring to your holiday a balance of both modern and historical grounds. 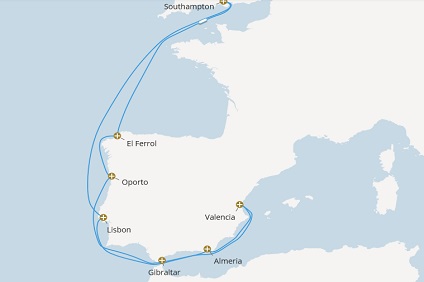 *Conditions Apply: Prices are per person, capacity controlled and listed in Australian dollars twin share including port taxes. Prices may fluctuate if surcharges, fees, taxes or currency change, and may be withdrawn at any time. Prices shown here are not shown in real time. While we endeavour to keep our pricing as up-to-date as possible, the advertised prices shown here may differ from the live prices in our booking system. The prices shown are for a cash payment. Credit card fees of up to 2.5% will apply. Offer correct as at 29Oct18 and subject to live availability at time of booking. Prices are per person twin share based on best available cruise fare, inclusive of all discounts unless otherwise stated. All offers are capacity controlled and can be withdrawn or modified at any time without notice and subject to availability at time of booking. Outside and Balcony cabins may have obstructed views and Suite cabins comprises Junior Suites, Mini Suites and any other type of suite that represents the best value for each cruise. Unless otherwise stated, onboard gratuities are NOT included. ~Specialty restaurants may incur a surcharge. All passports, vaccinations and visas are the responsibility of the travelling guest to secure prior to departure from Australia. Some cruise lines reserve the right to impose a fuel levy if the NMEX price reaches a certain level - please check with your consultant at time of booking. Cruise deposit, amendment and cancellation conditions apply. Travel agent service fees not included. Special conditions apply - please ask for full details at time of enquiry. Offer ends 11Mar20 or until sold out/withdrawn from sale. Please note only residents with an Australian address are eligible to book Australian rates in Australian dollars. This cruise package is provided by Seven Oceans Cruising, please ask your travel agent to contact us for more information.