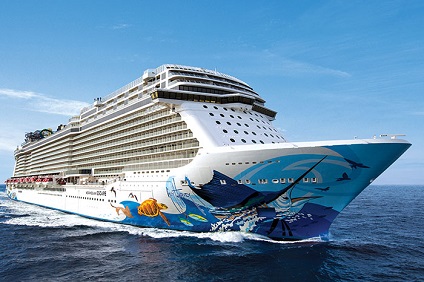 Explore the wonders of the Baltics on an exciting journey steeped in art, history and culture. With over 200 museums, magnificent architecture and world-renowned operas and ballet, there's plenty to see and do during a 2-day stop in St. Petersburg. In Helsinki, explore the dramatic coastline, visit famous cathedrals or enjoy a sauna ⎯ a traditional Finnish pastime. Tour the picturesque town of Nynashamn for a glimpse of local life along the Baltic Sea. Then it's on to Copenhagen, where canals and cobblestone streets wind past historic castles and modern delights.

Copenhagen, Denmark
The capital of Denmark, Copenhagen, is filled with canals, cobbled squares and copper spires. But don't let the historic appearance fool you. This is also Scandinavia's most cosmopolitan city. Certainly you can relive medieval times in The Latin Quarter, but you can also enjoy some of Europe's finest shopping, museums, cafes and nightlife prior to your cruise around the Baltics. Explore more of Copenhagen on a European cruise.

Berlin (Warnemunde), Germany
It's been more than two decades since the walls came down and Berlin became unified in many ways, including the pursuit of joy. Germany's capital city is a city that balances cosmopolitan chic with a liberal undercurrent of creativity and cool. Famous landmarks like the Brandenburg Gate and Reichstag fascinate. The elegant Bavarian Quarter amazes.

Tallinn, Estonia
The capital of Estonia impresses cruise guests with its mix of medieval houses and very modern boutiques and café culture. Journey inside the ancient walls of Old Town to explore stunning Medieval landmarks like Toompea Castle and a 15th Century apothecary shop. Move up a couple centuries to experience Tsar Peter I's Kadriorg Palace, filled with art and surrounded by sculpted gardens and peaceful woodlands.

St. Petersburg, Russia
Founded by the Russian Tsar, Peter the Great, St. Petersburg has for centuries been the cultural centre of Russia, with its spectacular architecture, Tchaikovsky operas and the famous Kirov ballet. It has undergone many changes over the decades, but "The Venice of the North" remains a dazzling cruise destination, a Russian city with a European flair, a city with more than 200 museums, and one of the largest English gardens in Europe!

Helsinki, Finland
Welcome to Scandinavia's “White City of the North,” a city defined more by its people and Art Nouveau architecture than its chilly climate (from October to April). Helsinki is a classic sea-city, with a dramatic coastline coloured by bays and inlets. The city keeps its historical roots intact. Explore more of Helsinki on a European cruise!

Stockholm (Nynashamn), Sweden
When your cruise ship pulls into this small Swedish port, you'll be greeted by ferries transporting travellers to Gotland island. Nynashman hosts a harbour party each summer where boaters and travellers alike flock. The small and laidback town offers picture-taking opportunties from the surrounding scenic nature and of course, the Baltic Sea.

*Conditions Apply: Prices are per person, capacity controlled and listed in Australian dollars twin share including port taxes. Prices may fluctuate if surcharges, fees, taxes or currency change, and may be withdrawn at any time. Prices shown here are not shown in real time. While we endeavour to keep our pricing as up-to-date as possible, the advertised prices shown here may differ from the live prices in our booking system. The prices shown are for a cash payment. Credit card fees of up to 2.5% will apply. Offer correct as at 02Jan19 and subject to live availability at time of booking. Prices are per person twin share based on best available cruise fare, inclusive of all discounts unless otherwise stated. All offers are capacity controlled and can be withdrawn or modified at any time without notice and subject to availability at time of booking. Outside and Balcony cabins may have obstructed views and Suite cabins comprises Junior Suites, Mini Suites and any other type of suite that represents the best value for each cruise. Airfares are not included in package price. Onboard gratuities are included and may not be removed from pricing. ~Specialty restaurants may incur a surcharge. All passports, vaccinations and visas are the responsibility of the travelling guest to secure prior to departure from Australia. Some cruise lines reserve the right to impose a fuel levy if the NMEX price reaches a certain level - please check with your consultant at time of booking. Cruise deposit, amendment and cancellation conditions apply. Travel agent service fees not included. Special conditions apply - please ask for full details at time of enquiry. Offer ends 16May20 or until sold out/withdrawn from sale. Please note only residents with an Australian address are eligible to book Australian rates in Australian dollars. This cruise package is provided by Seven Oceans Cruising, please ask your travel agent to contact us for more information.