Le Lyrial, From the Serenissima to City of Gods ex Venice to Athens 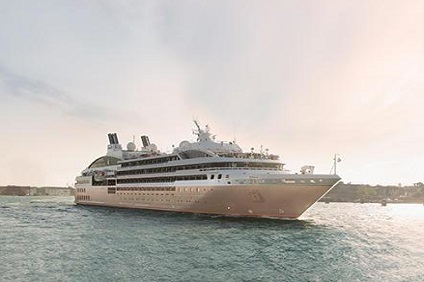 7 Night Cruise sailing from Venice to Athens aboard Le Lyrial.

7 Night Cruise sailing from Venice to Athens aboard Le Lyrial.

PONANT invites you on an unforgettable circuit that will take you from the Adriatic Sea to the Aegean Sea, discovering the unmissable sites of Italy, Greece and the Dalmatian coastlines. Enjoy this 8-day cruise aboard Le Lyrial, between Venice and Athens.

Following a first port of call in the picturesque port of Hvar, you will continue to sail along the Dalmatian coastlines to Dubrovnik. Sitting high on a rocky outcrop, its old town, a UNESCO World Heritage Site, watches the world go by.

You will then reach Montenegro after sailing in the Bay of Kotor, which is strangely reminiscent of Norwegian fjords. The city of Kotor nestles in a bay surrounded by wooded mountains. Its old town is listed as a UNESCO World Heritage Site due to its medieval architecture.

From Brindisi, do not miss out on the visit to Lecce, justifiably nicknamed “the Florence of Southern Italy.” This city, a major site for Baroque architecture, is home to many architectural wonders.

You will then head to the Delphi sanctuary of Greek gods which you will reach via Itea. Delphi is located on a grandiose site that is one of Greece’s most beautiful natural landscapes. You will walk in the footsteps of the pilgrims of old, who came here to consult the famous oracle.

Your cruise will end in Athens, the mythical city dominated by the Acropolis.

Venice
Proud and eternal, Venice has reigned on its lagoon ever since the 6th century. You may think you know this city before even setting foot here. You will inevitably fall in love with the charm of the innumerable treasures of the Serenissima: Saint Mark’s square, the basilica, Doges palace, the Grand Canal and the gondolas. Yet, secret Venice is also waiting for you to explore its little interlacing streets and canals, to ramble through its squares and to push open the doors of its churches. The city’s extraordinary heritage shouldn’t stop you from enjoying a glass of Spritz and a few tramezzini.

Dubrovnik
Emblem of the Dalmatian coast, Dubrovnik is magnificently positioned on a rocky spur. History is sovereign here, in this ancient city, now a listed UNESCO World Heritage site. You will perhaps be surprised by the proportions of La Placa, the central drag through the city. The sheer width of it can be explained by the fact that it straddles a former lagoon. The elegant houses along La Placa are built in the legendary travertine stone. At Pile gate, you will be greeted by the statue of the patron saint of Dubrovnik, and you can admire the coastline as you walk along the ramparts. But what’s inside Fort Saint John, adjoining the outer walls? A maritime museum and an aquarium featuring rare fish from the Adriatic.

Athens
The Greek capital city is located on the edge of the Saronic gulf, in the east of the country. It bears a plural name in reference to the first villages that surround the Acropolis. You will be enchanted by the rocky plateau presided by its monuments listed as UNESCO World Heritage. In the city below, you can visit some of the liveliest districts in Athens: Plaka, with its maze of colourful streets, and where, in the evenings the drifting aroma of moussaka and garlic prawns will tickle your taste buds. The National Archaeological museum and the Cycladic Art Museum are also some of the city’s key attractions and allow visitors to discover Athens’ cultural past.