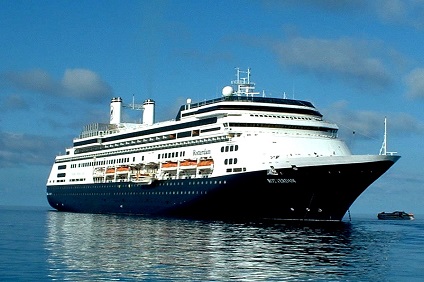 Rotterdam, The Netherlands
The city of Rotterdam is unlike Holland's other cities. Located on the mighty Maas River, it is a city with outstanding architecture, an abundance of attractions, festivals and museums, a swinging young city culture, excellent shopping facilities, restaurants and cafes. Rotterdam is only a half-hour from The Hague and an hour from Amsterdam, but it is centuries away from them in both appearance and personality. Here, instead of the usual Dutch web of little streets, alleyways, and winding canals, there's a spacious and elegant shopping mall and the world's busiest ocean harbor. Rotterdam is a fascinating place to see and experience, particularly when you consider that this city was a living monument to Holland's Golden Age until it was bombed to rubble during World War II. The city retains traces of its ancient history in only two areas -- Delfshaven (Delft Harbor) and Oude Haven (Old Harbor). Today this bustling metropolis has the world's biggest port, created when its several harbors were opened directly to the sea, 32km (20 miles) away, by the dredging of a deepwater channel that accommodates even the largest oil tankers. Europoort handles more ships and more cargo every year than any other port in the world.

Alesund, Norway
Ålesund, a quaint fishing town of approximately 45,000 in western Norway, has been called Norway’s most beautiful city. A fire in 1904 destroyed much of it, resulting in the town being rebuilt in the Art Nouveau style—also known as Jugendstil—that was popular around the turn of the 20th century. A year after the fire, Norway gained its independence from Sweden, which led to a campaign to build a "Norwegian town" to mark the creation of the new nation. The colorful buildings feature castlelike turrets and spires with intricate facades of ornamental flowers, gargoyles and Viking-inspired decorations. Bordering the Norwegian Sea, this area is also famous for its mountain ranges and fjords. For those looking for a more active visit, Ålesund offers great hiking, mountain biking and kayaking. One of the highlights is climbing the 418 steps that lead up Mount Aksla for a spectacular view of the city and the Sunnmøre Alps. Nearby is the Geirangerfjord, a UNESCO World Heritage Site known for its beautiful waterfalls. This is also home to Atlanterhavsparken, or the Atlantic Sea Park, one of the largest aquariums in Europe.

Trondheim, Norway
Although a popular cruise destination, Norway’s Viking capital is often overlooked by other travelers in favor of Oslo and the fjords. Yet Norway’s third-biggest city has plenty to offer those who make the time to explore. The compact city center, enclosed by the Nidelva River, is easy to get around on foot. Within a couple of hours you can explore the main downtown sights and still have time for a bite to eat. The medieval Gothic grandeur of the Nidaros Cathedral is a must-see, as is the historic riverside Bakklandet neighborhood just a few steps away. Despite so much history, the city has a youthful feel to it, thanks to the dominance of NTNU, Norway’s leading technology university. The presence of thousands of students means Trondheim scores well on café culture and shopping. Music lovers will feel right at home here. The Rockheim and Ringve museums chronicle the importance of music to the city’s past, while vinyl stores and basement bars showcase the present.

Scenic Cruising North Cape
The Nordkapp (North Cape) is a 300-meter-tall (984-foot-tall) headland in northern Norway, commonly known as the northernmost point in Europe. The views offered from the cape and an enjoyable visitor center keep that reputation intact, even though it’s not technically true; clearly visible from the North Cape, the slim peninsular Knivskjellodden is actually almost 457 meters (1,499 feet) farther north. Sticklers for detail argue that because both points are on the island of Magerøya, neither should count, as the Norwegian Arctic archipelago of Svalbard is even farther north. Yet the attraction of the region is more than just a quirk of geography. The starkly beautiful, barren and often intimidating coastline of Finnmark contrasts with the majestic fjords to the south, and rare species of seabirds have made the few grassy islands their home. The region offers opportunities for sport beyond hiking, skiing and fishing: Sea rafting, in particular, is popular with locals. The North Cape served as the finish line for the 45 runners who completed the 2009 Trans Europe Foot Race, an ultramarathon that began in Bari, Italy (4,485 kilometers, or 2,787 miles, away), and ended here 64 days later.

Hammerfest, Norway
In keeping with much of northern Norway, the natural setting of Hammerfest is simply stunning with everything from alpine terrain to delicate shorelines. From May 17 to July 28, the midnight sun lights up the fjords, islands and skerries no matter what time of day. Settled because of its natural harbor, Hammerfest has a long history of maritime activity. For decades the town has functioned as a home base for the Barents Sea fishing fleet, driving the local trade and commerce. Modern Hammerfest relies just as much on the Snøhvit Liquefied Natural Gas (LNG) Plant, one of the most energy-efficient LNG facilities in the world. Watch out for it on Melkøya Island as your ship approaches Hammerfest. During the Second World War, Nazi Germany used the Hammerfest region as a base for its North Sea submarine fleet. The old town was subsequently destroyed leaving just the small Hauen Chapel, which still stands next to the new Hammerfest Church. Despite this dark chapter, modern-day Hammerfest is a busy and bright community. During July and August the main city square becomes Sommertorget (Summer Square), a hive of activity and a meeting place for locals and visitors alike.

Bergen, Norway
Beautiful Bergen, Norway’s second-largest city, is one of the most popular ports of call on a cruise up the fjords. Step off the ship into the medieval Bryggen wharf area, a UNESCO World Heritage Site since 1979, where small boats line the harbor and wooden gabled buildings stand proud along the waterfront. Bergen’s rich maritime tradition goes back nearly 1,000 years, including the years the town played an important part in the Hanseatic League, the trading empire that dominated maritime commerce in the region between the 14th and 18th centuries. The city is one of Europe’s oldest settlements, and its cobblestone streets and narrow alleyways lead to emerald-green parks, medieval cathedrals and stone fortresses that kept enemies at bay centuries ago. It's also eminently walkable, with historic buildings and excellent markets selling everything from fish and produce to trinkets and souvenirs.

Stavanger, Norway
Before this port city on Norway’s western coast earned its status as the epicenter of “black gold” and the extraction of North Sea oil, it was a shipbuilding and fish-canning town. Fuelled by its wealth as one of the world’s top energy capitals, it’s now home to top-notch fusion restaurants and a bustling nightlife that caters to a never-ending influx of expatriates. Amidst this financial boom, though, Stavanger has managed to hold on to its heritage and soul: Archaeological museums and reconstructed settlements pay due reverence to the city’s Viking past. The cobblestoned Old Town is a well-preserved core of white wooden cottages near an Anglo-Norman cathedral, the oldest in Norway. Natural beauty abounds, too, with the nearby Lysefjord and its impressive Preikestolen (“The Pulpit Rock”) drawing a steady stream of visitors during the summer.

Kristiansand, Norway
Between the metropolises of Stavanger and Oslo, the coast of southern Norway is a tasseled parabolic arc. At nearly the southernmost tip of the country lies Kristiansand. The country's fifth-largest city is a town of commerce, festivals, and natural beauty, and has long been a prime destination for summering Norwegians. Start your visit along the boardwalk in the center of town. You'll pass parks, a 17th-century fortress, and a public beach as you walk. Visit the Fiskebrygga (fish market) for a seafood dinner. Venture further, perhaps for a picnic at Raven's Valley park or a day cruise among the infinite islands and inlets that shape the coast and hint at the fjordlands around the bend.

Oslo, Norway
The whole coast of Norway is as frayed as the hem of a much-loved blanket, so it's fitting that the country's capital lies at the head of a fjord. How perfect for a cruise. Oslo is hilly and green — two-thirds of the city is protected forest — and what's human-made is diverse, from the classicist Kunstnernes Hus to the modern Oslo Opera House, winner of the top prize at the 2008 World Architecture Festival. Take a walk through the central city and look and listen. At your feet you'll come across the Ibsen Quotes, an art installation consisting of 69 of the playwright's quotations set in the sidewalks. In the air you may hear music — the city hosts music festivals all summer long. 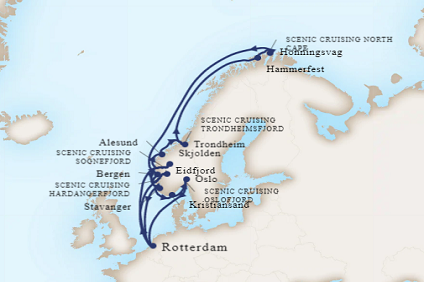