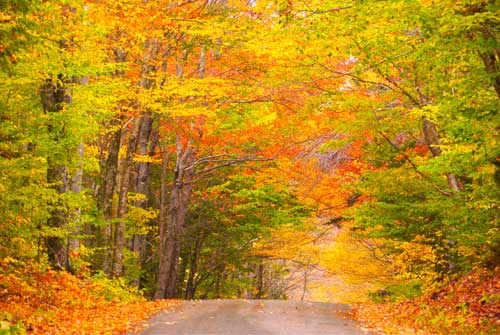 8 Night cruise departing from Montreal to Boston onboard Le Champlain.

8 Night cruise departing from Montreal to Boston onboard Le Champlain.

A Quintessential Music Cruise under the direction of Maestro Keith Lockhart.

The waterways of eastern Canada and northern New England are among the loveliest, the most dramatic in the world. The rock-bound coast, the soaring cliffs, the idyllic waterfront villages have drawn visitors for more than a hundred years. Our voyage will allow us to sample all of the delights of this part of the world – the romantic city of Quebec, a UNESCO World Heritage Site; the wildlife-rich Saguenay River; the Gaspé Peninsula, where Jacques Cartier staked out Canada for France; Cape Breton; historic Louisbourg; stunning Bar Harbor, Maine; and much more.

But the truly unique element of this voyage is the musical program curated and performed by legendary Boston Pops Conductor, Keith Lockhart. Joined by six extraordinary musicians, maestro Lockhart serves as our guide to the elegance of a Parisian salon, the raw energy of the New World, and the seductive rhythms of the jazz age.

In a historic venue ashore in Quebec, he begins with Fête à la française, transporting us a century into the past to the Parisian salon of the Princesse de Polignac, the American heiress to the Singer sewing machine fortune and one of the most influential arts patrons of the 20th century. We’ll hear chamber music, piano works, and songs by Debussy, Ravel (including his ravishing Pavane), Faure, Saint Saens, and the Crème de la Crème of Parisian musical society.

An American in Paris/A Frenchman in New York explores how American and European musical cultures were united by a fascination with the distinctly American harmonies and rhythms of jazz. This performance features the music of Gershwin (An American in Paris, in a wonderful four-hand piano arrangement), Milhaud (his groundbreaking ballet score, La Création du Monde), Ravel, and George Antheil, the American bad boy of 1920’s music on both shores, whose story is worthy of a Hollywood movie!

Finding a Voice chronicles the development of a distinctive American music, through the music of true American originals like Copland, Gershwin, Ellington, Barber (his immortal Adagio for Strings), and Ives. Antonin Dvorak, whose 1890s visit to the New World helped galvanize and define the generations of composers to follow, is represented this evening, as are some Canadian musical pioneers with fascinating stories.

Montreal
Famous for its gentle way of life, Montreal, Canada’s second-largest city, is a warm and cosmopolitan metropolis. Situated on the eponymous river island, it is home to a multitude of districts, each as unique as the other. Set off to discover Old Montreal, most of which is declared a historic area, Little Italy, where you’ll be able to stroll around the largest open-air market in North America, or the Golden Square Mile, the luxurious district located on one of the hills of Mount Royal and which has sumptuous Victorian-style residences. Simultaneously marked by the influences of the Old Continent and North-American gigantism, Montreal will never cease to amaze you.

Québec
The capital of ﾓLa Belle Provinceﾔ sits at the confluence of the St Charles River and the Gulf of St Lawrence in south-east Canada. Founded in the 17th century, the city still has an encircling wall ﾖ a historic civil engineering work and the only one of its kind remaining in North America. You will love the postcard-perfect stone houses of Old Quebec, the historic district listed as a UNESCO World Heritage site. Shopping is a pleasure in pedestrian streets such as Petit-Champlain Street, or you can relax over a spruce beer, seasoned with pine buds. Dufferin Boardwalk, an esplanade near the emblematic Château Frontenac, is the perfect place for views of the river and old city.

Tadoussac
The Quebec village of Tadoussac stands at the confluence of the Saguenay River and the Gulf of Saint-Lawrence, in south-east Canada. The village is bright with multicoloured houses nestling in an emerald-green pine forest. From the waterfront, it’s easy to spy out Tadoussac Chapel, thanks to its bright red roof. Not far from this church built of wood, one of the oldest in North America, stands a century-old village holiday resort, Hotel Tadoussac. Treat yourself to tea on the terrace overlooking the shoreline. In addition, at the marine mammal interpretation centre, you can hone your knowledge of the cetaceans that regularly frequent Tadoussac bay.

Percé
If you appreciate the beauty of scenery and geological phenomena, you will fall under the irresistible spell of Percé, one of the most beautiful villages in Quebec. Apart from the attractions of the town itself, Percé owes its reputation to its proximity to the famous rock of the same name that rises opposite it in the Gulf of Saint Lawrence. Along with the neighbouring Bonaventure Island, this rocky outcrop forms a national park famed for its natural, historical and geological heritage. With a choice of hiking, underwater exploration and cultural activities, you’ll never be short of things to do in this fascinating region.

Cap-aux-Meules, Magdalen Islands
Although it is the administrative and economic centre of the Magdalen Islands archipelago, in the Gulf of Saint Lawrence, the village of Cap-aux-Meules remains a peaceful location and is ideal for exploring preserved nature. Located on the eponymous island, in reference to the sandstone rocks of the cape that were used in the past to make grindstones, the location is above all considered to be the maritime gateway to the archipelago. In this respect, it offers privileged access to many sites renowned for their natural and historic heritage, such as the village of Havre-Aubert which is a member of the Most Beautiful Villages of Quebec.

Louisbourg
Set in the Atlantic Ocean, Cape Breton Island turns up fun-to-explore curiosities such as Louisbourg, the former capital from when it was named Ile Royale. This picturesque little town is home to one of the country’s most significant historical sites: the symbolic and beautifully restored Fortress of Louisbourg. A tour transports you back to the heart of 18th-century Canada. Access the old fortified square via the drawbridge and Dauphin Gate, which is guarded by a sentry. You can then explore the fortified town as it was in its heyday. Get ready for an extraordinary adventure that’s more than just a journey back in time.

Lunenburg
Stretching out along the eastern seaboard of Nova Scotia, the picturesque port of Lunenburg will leave an indelible impression. You can admire the colonial architecture of this fishing village whilst strolling through the chequerboard streets studded with brightly coloured houses. The enchanting charm of the old town has earned it UNESCO World Heritage status. The former naval shipyard town of Lunenburg is where you will also find the replica of the legendary Bluenose schooner, originally built in this port.

Bar Harbor
With landscapes that seem to have come straight from a Stephen King novel, made up of long rocky outcrops plunging into the cold waters of the Atlantic, the region of Maine is full of unexpected delights. Bar Harbor is one of them. A seaside resort for aristocrats of another era, this former fishing port, founded in the early 18th Century reveals an atmosphere that is both chic and refined, and over time has become the ideal destination for romantics and lovers of open spaces.

Boston
Nicknamed “ America's Walking City”, the city is considered to be the epicentre of American history. Founded in 1630, the tenth largest agglomeration in the United States, is a pleasure for walkers. To get around, just follow the Freedom Trail circuit that serves most of the tourist sites with its red line traced on the ground. Don’t miss all the delicious local specialities on offer at Quincy Market, like the lobster sandwich, and then take time to explore North End, the Italian quarter. For the more romantic among you, Beacon Hill, the historic quarter, with its absolutely charming cobbled streets, is really worth a look. 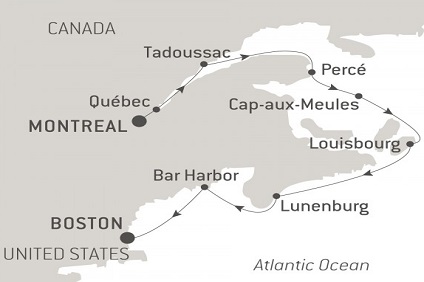