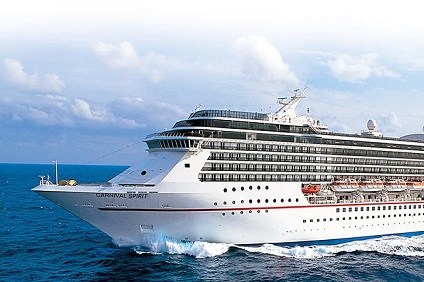 Carnival Spirit is something of a vacation destination itself… enjoy your meals in three-course style in the Empire Restaurant or Nouveau Steakhouse, or just go ahead and build a meal with as many courses as you like at the casual-style, variety-packed Lido Restaurant. Speaking of casual, the trio of RedFrog Pub, Guy’s Burger Joint and BlueIguana Cantina each put their own delicious spins on flavor itself.

Playing it cool isn’t hard at WaterWorks — after all, you’re among waterslides like Green Thunder — plus you can always cool down, or warm up, with a dip in our domed swimming pool. The entire family will enjoy their time in the spotlight at Hasbro: The Game Show or Lip Sync Battle: Carnival. If you’re a grown-up, get your outdoor time in while also taking it easy at the Serenity Adult-Only Retreat. And if you’re a kid… perfect! We have three kids-only youth spaces where you’ll get to meet new friends and have an amazing time doing your kind of stuff.

Carnival Spirit is no stranger to amazing, exotic destinations… and hopes you won’t be a stranger either!

Seattle
Seattle is the largest city in the Pacific Northwest region of the United States. It is located in the U.S. State of Washington between Puget Sound and Lake Washington, nearly 174 km south of the United States–Canadian border. Nicknamed the ‘Emerald City’, Seattle has an abundance of evergreen trees throughout and spectacular views of the Cascade mountains to the east and the Olympic mountains to the west. Known for being the home of the Space Needle, Boeing, Microsoft, Amazon.com, Nintendo of America, Starbucks and the University of Washington. Seattle is also the home of a vibrant arts scene and an ever expanding park system. Seattle is an international port that has three professional sports teams, hundreds of restaurants, many cultural venues and a lifestyle that is unique to the Pacific Northwest. The Seattle waterfront is popular with excellent views as is the well known Space Needle which dominates the city skyline.

Cruise Tracy Arm Fjord
Tracy Arm is a fjord in Alaska, located fifty miles south of the capital city, Juneau. The Tracy Arm area consists of two deep and narrow fjords: Tracy Arm and Endicott Arm. Both fjords are over 30 miles long and one-fifth of their area is covered in ice. The twin Sawyer Glaciers, North Sawyer and South Sawyer, are located at the end of Tracy Arm. The spectacular fjord of Tracy Arm is comprised of Yosemite-like granite rocks, countless waterfalls, glass-smooth water, and mountain peaks rising more than 5,000 feet. The wildlife in the area includes black and brown bears, deer, wolves, harbor seals, and a variety of birds, such as arctic terns and pigeon guillemots. The mountain goats, which are usually found in the higher elevation areas, have been seen near the base of Sawyer Glacier.

Skagway
Skagway is a borough in Alaska, on the Alaska Panhandle. It sits at the very end of the Lynn Canal and is the gateway to the Klondike that was established during the great gold rush days. Famous for the discovery of gold in the late 1800’s, Skagway once boasted a population of over 10,000, with another 20,000 gold seekers passing through to strike it rich. Skagway’s streets are bordered with wooden sidewalks and buildings with false fronts, which give Skagway the feeling of an old western town. The city offers historic cemeteries, interesting museums, fantastic parks, and lively saloons. It is fun to visit and an interesting place to explore.

Juneau
Juneau is the capital city of Alaska located on the Gastineau Channel of the Alaskan panhandle. It is best known as a destination for glacier viewing and is surrounded by intercoastal waterways, lush rainforests, and spectacular mountain scenery. Juneau has some of the most magnificent wildlife viewing in the world. Viewing highlights are whales, brown bear and eagles. A variety of wildlife tours can get you up close to black bear, Dall porpoise, sea lions, harbor seals, sea otters, mountain goats and Sitka Black Tail Deer. Juneau is home to magnificent Mendenhall Glacier located just 13 miles from downtown.

Ketchikan
Ketchikan is known as Alaska's Native Cultural Center. It is also known as the salmon capital of the world and a paradise for sport fishermen and naturalists alike. During the summer months, the town bustles with visitors from all over the world.
Ketchikan is built along a steep hillside, with sections of the town built right over the water on pilings. The rustic boardwalk on Creek Street preserves a distinct historic feel, while the town hums with new construction to keep up with tourism. Native art and culture flourish here due to the large population of Native Alaskans, represented by three indigenous tribes: the Tlingit, Haida and Tsimshian. Ketchikan has the largest collection of totem poles in the world, and has been recognized as one of the top 100 arts communities in America. Visitors will find an outstanding variety of shops, galleries and boutiques throughout the town.

Victoria, BC
Victoria is the capital city of British Columbia, located on the southern tip of Vancouver Island, Canada. It is a major tourist destination with attractions such as the First Nations totem poles, heritage architecture, restaurants and cafés, a bustling harbour, museums, gardens and art galleries. Victoria’s downtown area is decorated with English-style lamp posts and hanging flower baskets, and its shops and stores are mainly located in well preserved heritage buildings. Beacon Hill Park is popular with visitors as are the Butchart Gardens.
Victoria's varied coastline includes waterfront walkways, water taxi terminals, marinas and sandy pebbled beaches. The Inner Harbour, the "Hub" of Victoria, is central to many activities including the BC Provincial Museum and the Pacific Undersea Gardens. 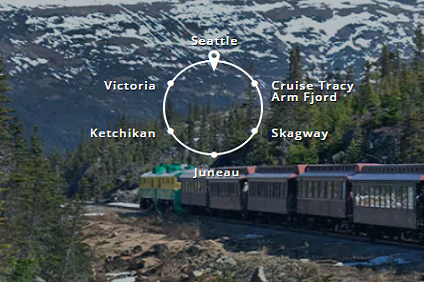