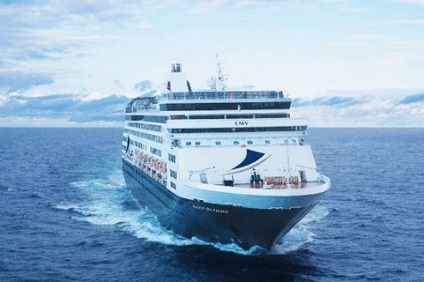 Enjoy leisurely days at sea interrupted by wonderfully contrasting ports of call on Vasco da Gama’s spectacular voyage from Australia to the UK. Sail via far north Australia and tropical Indonesian islands to discover fascinating wonders of the Far East in Singapore, Malaysia, Vietnam, Thailand and Cambodia. From Sri Lanka, India and Oman, calls in Egypt and Jordan offer the chance to visit the famous classical sites at Luxor and Petra. Transit the Suez Canal to Israel, Greece and Italy with contrasting islands in the Mediterranean. Marrakech, Seville and Lisbon making the finale to this remarkable voyage.

Benoa
The images of this ‘Island of the Gods’ are many and varied – enchanting temples, mesmeric dance, stunning beaches, pounding surf, the most delicious and freshest local food. Enjoy some, or all, of these pleasures on arguably the most visitor friendly of Indonesia’s 18,000 plus islands, your final port of call before landfall in Australia.

Semarang
Divided into two areas, Semarang is the capital of Central Java. The Old Town includes Dutch-style buildings, the Gereja Blenduk and a copper-domed church. Chinatown is a maze of alleys and shops with the Tay Kak Sie Temple at its centre. Or opt for an excursion to the 1,200 year old Borobudur Temple – one of Southeast Asia’s most spectacular sites.

Singapore
Steeped in its colonial past, the Lion City of Sir Stamford Raffles is one of the most exciting cities in the East and provides an opportunity to visit the alleyways of Chinatown, a Hindu Temple, Sentosa Island, the world renowned botanical gardens, Jurong Bird Park and Orchard Road. Don’t forget to treat yourself to a Singapore Sling at the famous Raffles Hotel.

Ho Chi Minh
Still commonly referred to as Saigon, Ho Chi Minh City has driven the country forward with its pulsating energy. Wander through timeless alleys to incense-infused temples before catching up with the present in designer malls. The real beauty is this city’s blend of two worlds into one thrilling, seething mass. A host of exhilarating tours get you way off-the-beaten track.

Ko Samui
One of Thailand’s largest islands, Ko Samui is known for its coconut palm lined beaches, coral reefs and dense, mountainous rainforest. If you don’t just want to worship the sun, there are a number of Buddhist temples including the stunning Wat Plai Laem, Wat Khunaram, home to the ‘Mummy Monk’ — Luang Pho Daeng, a Thai Buddhist monk who died while meditating in 1973. Wat Phra Yai on Ko Phan island — in English, the Big Buddha Temple — is famous for its remarkable 12m high statue.

Bangkok
Full of contradictions, the City of Angels - Thailand’s capital city, has a rich, multifaceted personality. What Bangkok lacks in museums, it makes up for in impressive temples and shiny palaces. There is a series of beautiful Buddhist temples to visit, including the Wat Pho and Wat Arun. The Grand Palace is definitely worth visiting, and a longtail boat ride - thrilling.

Phuket
The fabulous island resort of Phuket is an oriental gem with beautiful beaches, excellent shopping, elephant rides and sightseeing opportunities. Sites and sights to savour range from N’Ga Bay, famous for its unique limestone islands; to the popular Patong beach with its open air bars to the quieter areas of Kata and the bustling old charm of Kamala.

Colombo
Sri Lanka’s capital is a delightful concoction of past and present. Its busy, man-made harbour, from which tea, spices and rubber are exported, stands side-by-side with historical museums and monuments. Colombo offers an array of charms, from the Royal Botanical Gardens to the Pettah Bazaar.

Cochin
Beautifully situated in Kerala, Cochin has been drawing traders and explorers to its shores for over 600 years. If you’re not tempted by an overland excursion to Delhi or Agra and the Taj Mahal, take in some of Cochin’s fascinating cultural legacy, which includes a synagogue, churches, mosques, temples and the crumbling remains of the British Raj. Don’t miss the Mattancherry Palace or a stroll along the lovely beach, scattered with unique Chinese fishing nets.

Mumbai
Your first glimpse of Mumbai, a densely populated and intoxicating city, will be the iconic Gateway of India that sits on the waterfront. A trip to Elephanta Island visits the temple carved out of rock. Visit too, the UNESCO World Heritage Site of Chhatrapati Shivaji Terminus whose exterior is a jungle of stone. Be sure to experience the furious energy of Mumbai’s markets.

Salalah
The second city of the Sultanate of Oman, after Muscat, Salalah is a place of antiquity with a heritage dating back to 100 B.C. and a number of natural attractions such as the nearby mountains, lush wadi areas and an attractive coastline with beautiful beaches. An abundance of Frankincense trees in the area give rise to the epithet ‘Perfume Capital of Arabia’.

Safaga
Reached across the Eastern Desert from Safaga, Luxor, in the celebrated Valley of the Kings, is often called the world’s greatest open-air museum. Nothing in the world compares to the scale and grandeur of the ancient monuments.

Aqaba
The port of Aqaba has been an important strategic and commercial centre since Roman times. It presents the opportunity to visit the lost city of Petra, which lies in the surrounding desert - a city that is estimated to date back to 6,000 B.C. - and Wadi Rum, where T.E. Lawrence found his destiny as ‘Lawrence of Arabia’.

Santorini
Santorini, or Thira, is a Greek Island in the Aegean Sea approximately 120 miles south east of the Greek mainland and is home to a rich variety of landscapes and villages.
Perched 900ft high on the dramatic cliffs overlooking the bay is the Island’s capital, Fira. A short cable car ride from the port brings you to this quaint old town with whitewashed buildings lining narrow cobblestoned streets bursting with shops, tavernas, hotels and cafes.
Beyond the town there is a beautiful countryside where tradition still survives. Cave houses, gardens, vineyards and tiny churches are all waiting to be discovered.

Athens
Piraeus is the gateway to Athens, the birthplace of democracy and a cradle of western civilisation. In this city of Plato and Socrates, visit the Acropolis with its mighty Parthenon, the temple of the Greek goddess Athena. Below the Acropolis lies the Theatre of Dionysos, the Temple of Olympian Zeus and the honeycomb of streets that make up the Plaka district of shops and tavernas. In the heart of the city there’s the National Archaeological Museum, the Olympic Stadium used for the first modern Games in 1896, the Parliament building and Syntagma Square.

Valletta
As the capital city of Malta, Valetta provides the perfect balance between the buzz of hectic city life and the tranquillity found in its peaceful palace and gardens. The majority of the magnificent buildings found in this city are Baroque in character and date back to the 16th century during the reign of the Order of St. John of Jerusalem, but there are also hints or neo-classical and modern architectural design to be found. Valetta was named after Jean Parisot de la Valette who not only laid the first foundation stone of the city, but also protected it against Ottoman invasion in 1565. Tragically, he passed away before his city was completed at the age of 74, but his remains now rest at St. John’s Co-Cathedral. Valetta is a rare urban treasure that has preserved nearly all of its original features and was recognised as a UNESCO World Heritage Site in 1980.

Lisbon
Lisbon, Portugal’s capital city, is home to the magnificent Jeronimos Monastery, Belem Tower, 25th April Bridge and Monument of the Discoveries. Wander through the maze of narrow streets in the delightful Alfama district and ride one of the famous old trams. 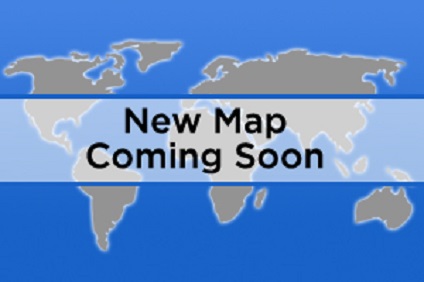