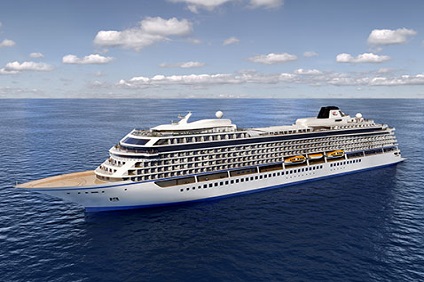 7 Night Cruise sailing from Rome to Athens aboard Viking Sea.

7 Night Cruise sailing from Rome to Athens aboard Viking Sea.

Travel through waters once ruled by mighty empires and flourishing city-states during an insightful 8-day cruise from Rome to Athens. Visit Naples, gateway to Pompeii, and Messina, Sicily’s cultural crossroads. Discover Crete, the former seat of the once flourishing Minoan kingdom, and see remarkably preserved ancient ruins in Ephesus. Immerse yourself in Athens, the “birthplace of democracy,” and admire the famous Acropolis and see the bustling Plaka District.

Naples, Italy
In Naples, your choice of excursions abounds. Take in magnificent examples of Greek and Roman architecture and the Piazza del Plebiscito, the grandest public square in the city, facing the former Royal Palace of the King of Naples. Optionally, also explore Herculaneum, Italy’s “other” Pompeii, drive along the stunning Amalfi Coast, or take a trip to the summit of Vesuvius. In your spare time, sample a hot espresso, a slice of pizza (the world’s first pizzeria opened here in 1830) or a locally made limoncello.

Sicily (Messina), Italy
Today you will call on the Sicilian city of Messina, celebrated as one of Europe’s ten greatest cities when it fell under Spain’s purview in the 17th century. Admire the surrounding mountains, picturesque orange and olive groves, and rolling vineyards. You will see the best of the city during a tour, including the expansive Piazza Municipio and the hillside Votive Temple of Christ the King. Or, choose to climb Mt. Etna’s towering volcano, and marvel at the ancient temples and arenas of Taormina.

Ephesus (Kuşadasi), Turkey
Journey into the ancient world today with a visit to Ephesus, one of the best-preserved cities of antiquity in the world. Stroll the uneven streets of this once-powerful metropolis and pass sights such as the massive Great Theater and the magnificent Library of Celsus. Visit the remains of the Byzantine Basilica of St. John and see the modest home where, according to legend, the Virgin Mary lived out her final days. Or, take a scenic drive to the Oracle of Didyma and the Temple of Apollo, part of a once-elaborate Hellenic sanctuary.

Athens (Piraeus), Greece
Today, you will have the opportunity to journey into ancient Athens via a panoramic drive, passing the promenade at Mikrolimano as you enter the city’s heart. There, you will see the Hellenic Parliament, Constitution Square, the Panathenaic Stadium, the Temple of Zeus and the iconic Acropolis. Explore the bustling Plaka District at the base of the Acropolis. Or as an option, explore the interior of this UNESCO Site; climb 80 steps to the entrance and glimpse an unforgettable view of the Parthenon at its peak.