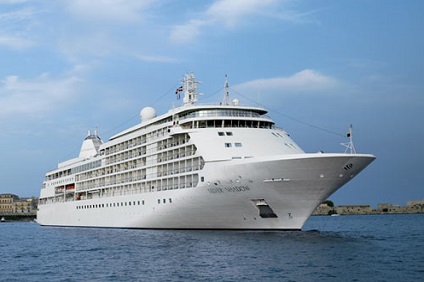 A gentle Spanish introduction begins this voyage with sights and sites a-plenty! A stop in Madeira will have you saying goodbye the winter blues and hello to Florida’s fun in the sun. Relax like never before and indulge yourself with one full week of sea days, allowing time to rewind, reset and reboot. Created to inspire, our repositioning cruises are a true traveller’s dream.

Barcelona
The infinite variety of street life, the nooks and crannies of the medieval Barri Gòtic, the ceramic tile and stained glass of Art Nouveau facades, the art and music, the throb of street life, the food (ah, the food!)—one way or another, Barcelona will find a way to get your full attention. The capital of Catalonia is a banquet for the senses, with its beguiling mix of ancient and modern architecture, tempting cafés and markets, and sun-drenched Mediterranean beaches.

Cadiz
With the Atlantic Ocean on three sides, Cádiz is a bustling town that's been shaped by a variety of cultures, and has the varied architecture to prove it. Founded as Gadir by Phoenician traders in 1100 BC, Cádiz claims to be the oldest continuously inhabited city in the Western world. Hannibal lived in Cádiz for a time, Julius Caesar first held public office here, and Columbus set out from here on his second voyage, after which the city became the home base of the Spanish fleet. In the 18th century, when the Guadalquivir silted up, Cádiz monopolized New World trade and became the wealthiest port in Western Europe. Most of its buildings—including the cathedral, built in part with wealth generated by gold and silver from the New World—date from this period. The old city is African in appearance and immensely intriguing—a cluster of narrow streets opening onto charming small squares.

Funchal
When colonists arrived in Madeira in July 1419, the valley they settled was a mass of bright yellow fennel, or funchal in Portuguese. Today the bucolic fields are gone, and the community that replaced them is the self-governing island's bustling business and political center. Funchal is the only town of any size on the island and the base for the the bulk of its tourism thanks to the plethora of hotels, restaurants, bars, cafés, phenomenal coastal and hillside views, and—of course—Madeira wine.

San Juan
If you associate Puerto Rico's capital with the colonial streets of Old San Juan, then you know only part of the picture. San Juan is a major metropolis, radiating out from the bay on the Atlantic Ocean that was discovered by Juan Ponce de León. More than a third of the island's nearly 4 million citizens proudly call themselves sanjuaneros. The city may be rooted in the past, but it has its eye on the future. Locals go about their business surrounded by colonial architecture and towering modern structures.