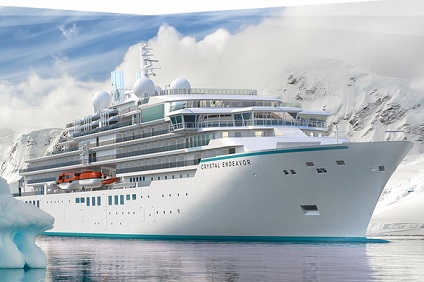 17 Night Cruise sailing from Hobart to Christchurch aboard Crystal Endeavor.

17 Night Cruise sailing from Hobart to Christchurch aboard Crystal Endeavor.

Between the gateway cities of Hobart and Lyttelton lie remote islands that thousands of seabird species call home. The Auckland Islands, UNESCO-listed Antipodes and Macquarie Island and other tiny land masses of the Sub-Antarctic are havens for albatross, parakeets, crested and rockhopper penguins and hundreds of other species – and the nature lovers who study them.

Many of the islands are uninhabited by humans, save for a few research scientists, but have intrigued explorers and hunters throughout history. On hikes and other explorations, you may see some of the resident seal population along the shoreside tall grasses, which has regenerated since the days of fur trade in the 19th and early 20th centuries. Keep your binoculars and camera ready for one breathtaking sight after another.

Hobart, Tasmania
Situated between Mount Wellington and the Derwent River, Hobart is recognized as one of the world’s most beautiful harbor cities – as well as an Antarctic gateway. History adds picturesque charm to this Tasmanian capital, for there are no less than 90 buildings with National Trust classification. At Salamanca Place and Battery Point, relics of the last century’s whaling days can still be seen.

Macquarie Island
A UNESCO World Heritage Site, tiny Macquarie Island is the exposed crest of an undersea ridge sitting in the subantarctic waters of the southwest Pacific, midway between New Zealand and Antarctica. This pristine snippet of Tasmanian land is a nature lover’s dream, brimming with penguins, seals, and an array of seabirds. The island hosts a scientific research station, and is the only place on the planet where rocks from the Earth’s mantle are being actively exposed above sea level.

Christchurch
The historic port of Lyttelton serves as the gateway to Christchurch, the largest city on New Zealand’s South Island. Traditionally considered the most English of New Zealand’s cities, there is much to explore in vibrant Christchurch, from its neo-Gothic stone buildings and beautiful botanical gardens, to its picturesque Avon River lined by graceful willows. Further afar, the Canterbury Plains, snow-capped Southern Alps and numerous rivers beckon with their enchanting beauty and wildlife. 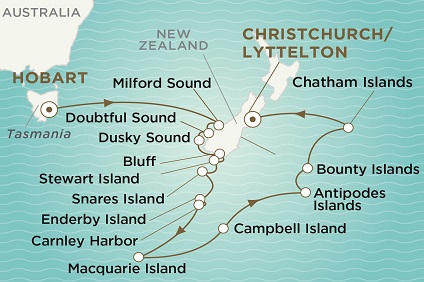