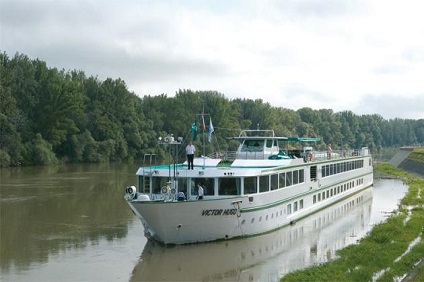 12 Night Cruise sailing from Strasbourg to Budapest aboard Victor Hugo.

12 Night Cruise sailing from Strasbourg to Budapest aboard Victor Hugo.

From Strasbourg to Budapest, enjoy a unique cruise crossing three rivers and four countries. From the Rhine to the Danube via the Main, you will be dazzled by the beauty of landscapes but also by the sweetness of these rivers that form a link between people, cultures and traditions. France, Germany, Austria and Hungary will unveil their history and rich heritage for an unforgettable trans-European getaway.

Wurzburg
Wurzburg is a city in the region of Franconia which lies in the northern tip of Bavaria, Germany. Würzburgis renowned for the Residence, regarded as one of the finest palaces in Europe and a high point of Baroque art (also UNESCO cultural world heritage!). Würzburg is also home to one of the oldest churches in Germany, built in the 8th century on top of a former pagan shrine. One of its most famous structures, Festung Marienberg, is a fortress which now surrounds the church.

The main sights at the Wurzburg Residenz include the Hofkirche church. Its interior is richly decorated with paintings, sculptures and stucco ornaments. The altars were painted by Giovanni Battista Tiepolo. The reppenhaus is the largest fresco in the world, it adorns the vault of the staircase by Giovanni Battista Tiepolo. For many years the staircase appeared on a Deutschmark bill. The Kaisersaal is the centerpiece of the palace, emperor's chamber which testifies the close relationship between Würzburg and the Holy Roman Empire.