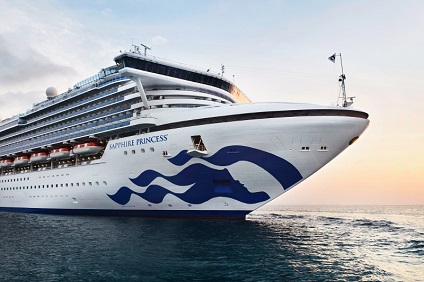 Dunedin
Perched on the hills above one of New Zealand's loveliest harbors, Dunedin is a Kiwi city with a Scottish heart. Hailed as the "Edinburgh of New Zealand," Dunedin is proud of its heritage. A statue of famed Scottish poet Robert Burns graces downtown, and the presence of New Zealand's only kilt maker and whisky distillery - as well as many bagpipe bands - keep Dunedin's ties to Scotland alive. The city also boasts a distinguished architectural and cultural history, a legacy of New Zealand's 1860s gold rush.

Port Chalmers, gateway to Dunedin, is located eight miles from the city center. Dunedin is a planned city: its streets and suburbs fan out from the city's octagon.

Despite its steep hills, the city can be easily explored on foot. Kelburn Cable Car, stairways and footpaths climb the slopes from the city center.

Tauranga
New Zealand's natural bounty is always on display at the Bay of Plenty. It was Captain James Cook who in 1769 aptly named this bay, thanks to the prosperous Maori villages of the region. Tauranga, the chief city, is a bustling port, an agricultural and timber center and a popular seaside resort. Tauranga is also the gateway to Rotorua - a geothermal wonderland that is the heart of Maori culture. A 90-minute drive from Tauranga, Rotorua is New Zealand's primary tourist attraction.

Your ship docks near the foot of Mt. Maunganui, which rises 761 feet above the bay. Across the harbor, Tauranga offers scenic tidal beaches at Omokoroa and Pahoia. The region boasts fine beaches, big-game fishing, thermal springs and seaside resorts. 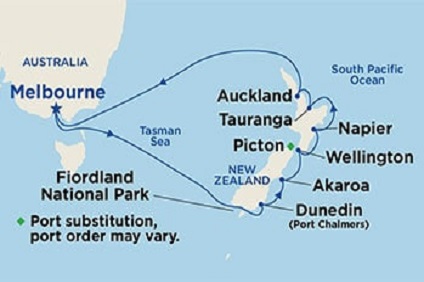