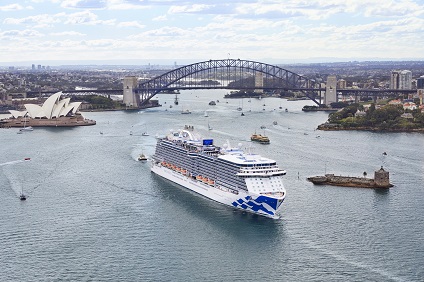 Sail aboard Majestic PrincessSM and enjoy the signature favorites you've always loved along with so many new exciting additions not found on any other Princess ship, including two new specialty restaurants with dinner menus crafted by two Michelin-star awarded chefs. Come aboard and find out what makes this ship so special!

Dunedin
Perched on the hills above one of New Zealand's loveliest harbors, Dunedin is a Kiwi city with a Scottish heart. Hailed as the "Edinburgh of New Zealand," Dunedin is proud of its heritage. A statue of famed Scottish poet Robert Burns graces downtown, and the presence of New Zealand's only kilt maker and whisky distillery - as well as many bagpipe bands - keep Dunedin's ties to Scotland alive. The city also boasts a distinguished architectural and cultural history, a legacy of New Zealand's 1860s gold rush.

Port Chalmers, gateway to Dunedin, is located eight miles from the city center. Dunedin is a planned city: its streets and suburbs fan out from the city's octagon.

Picton
Located at the head of Queen Charlotte Sound, Picton is your gateway to the South Island's famed Marlborough District. Once known primarily for its lush farm lands and many sheep stations, Marlborough came to international attention thanks to a new agricultural product - wine. The release of the 1985 Cloudy Bay Sauvignon Blanc put New Zealand on the map and changed the world's focus on winemaking in the Southern Hemisphere. Today, the Marlborough region boasts dramatic sea and landscapes, fascinating wine country, excellent restaurants and a number of the nation's finest gardens.

Military names abound in this corner of New Zealand - the region is named for the first Duke of Marlborough, while the largest town, Blenheim, is named after his most famous battle. Picton is named for Sir Thomas Picton, a favorite of another general, the first duke of Wellington.