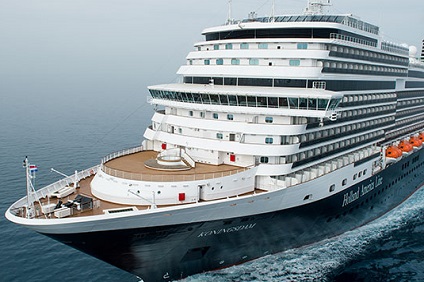 San Diego, California, US
Easygoing San Diego embodies the Southern California surfer town fantasy, with its more than 300 days of sun, mild year-round temperatures and accessible, sporty pastimes and tourist attractions. You can hike the Torrey Pines State Natural Reserve to get a glimpse of whale migrations, go sailing in the bay and, of course, surf the famous swells of Del Mar, Oceanside and La Jolla (among many other superb spots). But the sixth-largest city in the United States is surprisingly nuanced, with distinctive neighborhoods: Old Town, North Park, Point Loma and Coronado are all within a few miles of the port, while the bustling Gaslamp Quarter and Little Italy are within walking distance.

And while there are lots of things to do for everyone—from visiting the country’s largest urban park to taking in the famous horse-racing season in Del Mar to riding the charming Old Town Trolley—definitely don’t pass up the chance to investigate San Diego’s quickly growing reputation as a culinary destination. Its inventive new restaurants and huge craft-brewing industry are something to be explored.

Cabo San Lucas, Mexico
Los Cabos doesn't exude the same kind of charm as many other areas of inland Mexico do, but its twin towns—San José del Cabo and Cabo San Lucas—don't seem to mind, and neither do visitors, who are drawn here less for traditional Mexican culture than for the sun, the sand and the opportunity to just slow down and relax. Los Cabos—or the Capes—sits at the southernmost tip of the Baja California Peninsula, a narrow strip of land whose varied geography, both above and underwater, makes for plenty of interesting activities and some unusual ones, too. Did you ever think you'd ride a camel in Mexico? You can do that here, or enjoy more predictable pursuits including fishing, golfing and whale-watching. Want something still more laid-back? Visit picture-perfect El Arco, an arch that may look familiar thanks to its cameo on postcards and tourism advertisements. North of the capes, you can drop by the famed Hotel California. And if you've worked up an appetite, you won't be disappointed: Los Cabos offers plenty to enjoy at the table as well, with farm-fresh fruits and vegetables and, of course, seafood being the mainstays here.

Mazatlan, Mexico
Mazatlán is a pleasant port city in the Mexican state of Sinaloa, where the best of traditional Mexican architecture, food and culture is found alongside contemporary conveniences, amenities and attractions. There's a reason why Americans and Canadians flock here, particularly in winter: It's a warm and welcoming place with plenty to keep visitors entertained for a vacation getaway. There really is something for everyone here, from golfing, fishing and zip lining to sampling agave-based spirits on a distillery tour or learning more about local history at the archaeological museum. There are plenty of cultural opportunities, too, from performances at the Teatro Ángela Peralta to witnessing death-defying cliff dives that will make you hold your breath until divers resurface from the churning surf. Mazatlán also keeps visitors' appetites sated; thanks to the city's coastal location, seafood is freshly caught, and shrimp-based dishes are a particular specialty in local restaurants.

Puerto Vallarta, Mexico
Unique compared to Acapulco, Cancún, Zihuatanejo and several other coastal resort towns in Mexico—many of which were created by the government as planned communities—Puerto Vallarta ("PV" to locals), on the Pacific Ocean, retains quite a bit of its colonial-era charm. Its town square, Plaza de Armas, and the gorgeous parish church of Our Lady of Guadalupe, topped with an ornate crown and overlooking the port, serve as the loveliest representations of bygone ages. Alongside these echoes of the past are more modern attractions, including an ambitious public art project along the seaside walkway (the malecón) and trendy restaurants such as La Leche, serving contemporary Mexican cuisine. Round these out with plenty of fun-in-the-sun outdoor activities on and along Banderas Bay (whale-watching! snorkeling! jet-skiing!), excursions that reveal the best of Puerto Vallarta's flora and fauna, and a side trip to one of Mexico's pueblos mágicos (magical towns, a designation conferred by the government to recognize smaller towns that possess historical and cultural value), and you'd be hard-pressed to find a more pleasant place to spend part of your cruising vacation.