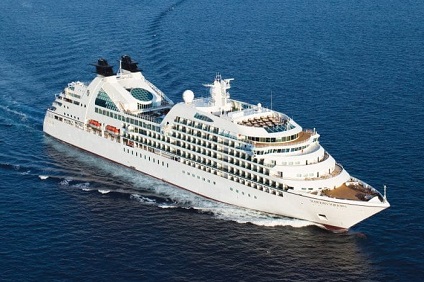 7 Night Cruise sailing from Juneau to Vancouver aboard Seabourn Sojourn.

7 Night Cruise sailing from Juneau to Vancouver aboard Seabourn Sojourn.

Vancouver
The humble beginnings of the City of Vancouver, in the settlement of Gastown on Burrard Inlet, rose out of the old growth forests and the sawdust of the old Hastings Mill. Its location between the Pacific Ocean and the snow-capped coastal mountains creates one of the most idyllic settings of any city in the world. As a world-class city it has the best of both worlds, intermingling urban sophistication with a sense of wilderness and outdoor adventure. Whether you are exploring Vancouver's diverse downtown core, strolling through the giant trees of Stanley Park or taking in the 20 miles (30 km) of uninterrupted waterfront trails along the seawall, you are bound to fall in love with Canada's third largest metropolitan center, which is consistently ranked as one of most livable cities on earth.

Wrangell
One of the thousands of islands of the Alexander Archipelago, Wrangell Island sits at the heart of the Tongass National Rain Forest and receives approximately 80” (203 cm) of rain per year. The city of Wrangell, a true Alaskan frontier town, sits at the northern end of the island, a short distance from the mouth of the mighty Stikine River. The history of Wrangell is deeply rooted in the Tlingit people, the fur trade and the gold rush. The Stikine River trade route brought the Tlingit people here thousands of years ago, evidenced by some forty petroglyphs at Petroglyph Beach State Historic Site and Totem Park.

The Stikine River, Shakes Glacier and Anan Creek Bear Observatory are highlights in the region. Anan Creek boasts the largest pink salmon run of the Inside Passage, attracting brown and black bears in great numbers. Wrangell was named for Ferdinand Petrovich Wrangel, a Russian explorer and administrator of the Russian-America Company during the mid-1800's.

Juneau
Juneau, Alaska’s capital, is accessible only by air and sea, due to the rugged mountain terrain that surrounds the city. It has been a world-class travel destination since the early 1900’s. The city has plenty to offer the outdoor adventurer. You may choose to explore on foot along the Perseverance Trail or around Mendenhall Glacier, or board one of the many local whale-watching boats, or view the mountains and extensive glaciers of the Juneau Icefield from a helicopter.

Although founded by Alaskan pioneers, this area was in use for thousands of years by the Tlingit people and was originally settled by the Auke tribe, taking advantage of the abundant food and natural resources provided by the land and sea. Their descendants continue to gather clams, gumboot chitons, grass and sea urchins to this day.

Originally named Harrisburg in 1880, after the gold prospector Richard Harris, the name was later changed to honor his partner Joe Juneau.