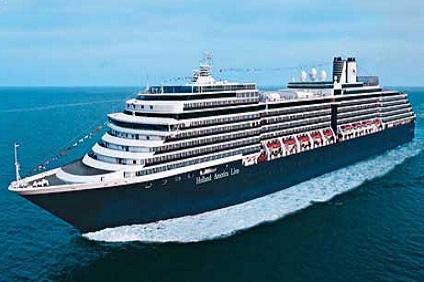 But the largest city in the Pacific Northwest is as much an homage to human ingenuity as it is to natural beauty. From logging to shipbuilding to aircraft manufacturing to modern-day software and biotech development, the Emerald City has worn a succession of industrial hats, birthing the likes of Amazon and Starbucks—not to mention music legends Jimi Hendrix and Nirvana—along the way.

Visitors are spoiled for choice of things to do in Seattle, with iconic attractions like the waterfront, Space Needle, Chihuly Garden and Glass and Pike Place Market all easily accessible. "Local" and "sustainable" are words to live by in Seattle, an ethos reflected in the profusion of fresh-seafood restaurants, independent coffee roasters and quirky boutiques that are dotted around the city, awaiting a taste or visit between sightseeing.

Scenic Cruising Stephens Passage
Stephens Passage is like the best shortcut in the world, a straight line through Southeast Alaska in a landscape that comes with very few straight lines. It’s not only people and ships that use the passage: Concentrated in and around its waters is a greatest hits of Alaskan wildlife, from humpback whales, the whoosh of their breath loud enough to be heard almost a kilometer away, to giant sea lions and their very distinctive smell—well, okay, call it a stink—that can carry just as far.

The southern reaches of Stephens Passage start at the edges of Frederick Sound, one of the best whale-watching areas in the state. The sound narrows and as you are funneled into the passage, the mountains come right down into the sea, high tide licking the roots of spruce and hemlock. In tiny bays, guillemots and gulls gather; when they take off at the ship’s wake, the noise is like applause.

The water of the passage is ridiculously deep, well over 300 meters (1,000 feet) in places. But in this landscape cut by the last ice age, you really have to measure to the mountain peaks for true scale: They climb to summits at 1,500 meters (5,000 feet), their slopes covered with forests, meadows that turn sunset into alpenglow, and best of all, by the purple tinge of glaciers that form the passage’s crown.

The city itself is pleasant, but the real highlight of a visit to Juneau is tracking down some wildlife. You can hike up Mount Roberts to chance upon wild deer and bald eagles. Most sightseeing and whale-watching tours head north to Auke Bay—bring a good pair of binoculars to get the best view of these majestic and surprisingly graceful creatures. If you prefer land mammals, catch a floatplane to a nearby wildlife reserve such as Chichagof or Admiralty Island to spy some bears lolling around.

The sleepy, misty city of around 32,000—mostly fishermen and small-business owners—has a frontier town vibe, but welcomes more than a million visitors each summer to its natural attractions, cementing Juneau as Alaska’s number-one tourist destination.

The area’s first European explorer missed it all—but with good reason. When Captain George Vancouver sailed here in 1794, a vast shield of ice, more than 1,200 meters (3,937 feet) thick, dominated the area. In one of the fastest retreats on record, the glaciers shrank back 105 kilometers (65 miles) by 1916. The formerly glacier-squashed land is rebounding now, rising 30 millimeters (1.18 inches) each year. Visitors can observe this rebirth: A spruce-hemlock rain forest has sprouted near the mouth of Glacier Bay. Farther north, the more recently exposed land shows sharper edges and thinner vegetation. Still, it’s enough to encourage the return of wildlife, from bald eagles to bears, moose and humpback whales.

While the national park is open year round, most travelers prefer the warmth of late May to early September. Even in summer, be prepared for any weather—especially rain! Pack a hat, gloves, wool or fleece layers, a warm coat and waterproof gear if you want to admire the landscape from the open deck of your ship.

Sitka, Alaska, US
The ports of Alaska inspire visions of remote wilderness outposts, legendary gold-rush towns and Native Alaskan villages, all set amid lush forests and frigid, glacier-flanked waters. And while you’ll certainly find these things in and around Sitka, you’ll witness a unique slice of Alaskan history not found anywhere else. Russia controlled Alaska from the mid-1700s until the United States purchased it in 1867, and Sitka was settled as the capital of Russian America under the name New Archangel.

Sailing into Sitka today, you’ll still see vestiges of Russia’s influence, including the unmistakable onion dome of St. Michael’s Cathedral and the Russian Bishop’s House, both National Historic Landmarks. Stop by the visitor center of the Sitka National Historical Park to peruse its interesting collections of Russian and Native Alaskan artifacts, and then join a ranger-led tour of the battlefield where Russia defeated the native Tlingit people.

Sitka also boasts an abundance of epic natural scenery and wildlife. Take a walk up Castle Hill to enjoy an ideal vantage point across the water to the dormant volcano Mount Edgecumbe, and trips to the nearby Fortress of the Bear and the Alaska Raptor Center offer up-close encounters with some of Alaska’s most captivating creatures.

Ketchikan has long been an important hub of the salmon-fishing and -packing industries—visitors can try their luck on a sportfishing excursion or simply savor the fresh seafood at one of the local restaurants. It is also one of the best spots along the Inside Passage to explore the rich cultural sights of Native Alaskan nations like the Tlingit, Haida and Tsimshian. You can see intricately carved totem poles at the Totem Heritage Center and Totem Bight State Park, while the attractions of Saxman Village just outside of Ketchikan offers the chance to see Tlingit culture in action, with working carvers and a dance show in the clan house. And leave time to explore the sights in the town itself, including historic Creek Street, a boardwalk built over the Ketchikan Creek, where you can shop for souvenirs, smoked salmon and local art, while exploring gold rush­–era tourist attractions like Dolly’s House Museum.

Victoria, British Columbia, Canada
Of all the cities in Canada, Victoria may be the furthest from Great Britain, but it has the most British vibe. Between sipping afternoon tea, visiting flower gardens and castles and stopping in at pubs, one could easily forget about the Pacific Ocean lapping at the other side of Vancouver Island. The influence of the First Nations culture is also strong here in Victoria, with totem poles taking a front-and-center position on the Inner Harbour and in Beacon Hill Park. Extensive galleries are devoted to the history of the First People at the Royal British Columbia Museum, too, one of Victoria's top tourist attractions. Other waves of immigration besides that of the English are evident in the streets of Canada’s oldest Chinatown here, as well as on the menus of the city’s many restaurants, pizzerias and tavernas.

Start your visit to Victoria's sights and attractions at the Inner Harbour. Whale-watching cruises and sightseeing floatplanes take off and return from their excursions here and government buildings, museums, the Visitor Centre and the grand Fairmont Empress provide a dignified welcome. Just around the point, Fisherman’s Wharf offers a lively contrast with working fishing boats, barking harbor seals and busy seafood restaurants serving up the catch of the day. Take time for a jaunt to the famous Butchart Gardens, a truly stunning show garden developed on the site of a depleted quarry. Enjoy afternoon tea or a walk in the park or a shopping trip to Market Square or along Government Street. However you choose to spend your day here or decide where to go in Victoria, the city’s civilized delights will charm you. 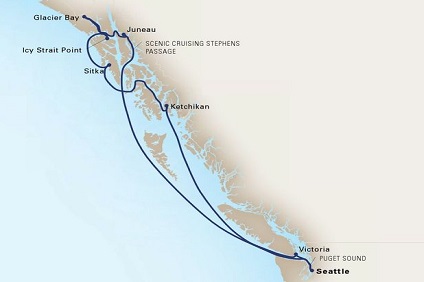