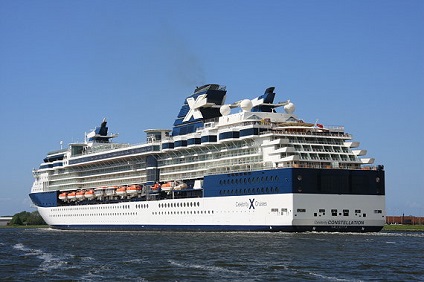 Celebrity Constellation® has just been revamped-we call it "Solsticized" since it infuses her with cosmopolitan Solstice Class features.

She boasts a spectacular, new look and ambience. From the minute you enter the magnificent Grand Foyer, or savour a flavourful steak in the sophisticated Tuscan Grille, or sip your favourite vodka at the ultra-cool, ice-topped Martini Bar-you'll feel pampered and transformed, too.

Sumptuous suites and staterooms offer stunning new décor and flat-screen TVs, yet the level of personal service remains unparalleled and meticulous. It's a highly enhanced experience designed for you.

Barcelona, Spain
Formerly a sleepy Spanish city, Barcelona has recently been reborn as an eclectic fusion of the modern and medieval. Seek inspiration from the creations of its modernist architect, Antonio Gaudi, or the Picasso Museum. Or, take in the breathtaking cathedrals in the Gothic Quarter.

Monte Carlo, Monaco
This ancient kingdom boasts crystal blue waters, tropical plants, and many fascinating creatures. Browse the shops on Kokusai Street and see Shuri Castle with its Tombs of Kings of Ryukyu. Then, watch for the rare Yambaru-kuina bird in Yambaru and explore the beautiful limestone of Gyokusen-do Cave.

Florence/Pisa(La Spezia)Italy
La Spezia, which lies between Genoa and Pisa, and is just minutes to the east of Cinque Terre-the five fishing ports that enjoy National Park status-is home to the Palio del Golfo, an annual boat race that sees the Gulf of Poets; 13 historic villages face off against one another in celebration of the annual Festa del Mare. The town also offers fantastic shopping opportunities, as well as plenty of trattorias to enjoy local, Ligurian cuisine.

Rome (Civitavecchia), Italy
Civitavecchia was settled in 108 A.D. by the Emperor Trajan and has since served faithfully as a gateway to the capital of the Empire - Rome. Once the center of the Ancient World from which emperors ruled over nearly all of western civilization, Rome is still a cultural mecca. Stroll the ancient halls of the Colosseum or gaze upon the ceilings of the Sistine Chapel.

Kotor, Montenegro
Kotor offers some of the most well preserved architecture in all the Adriatic coast, with landmarks such as the Cathedral of Saint Tryphon. Built in 1166, there are frescoes dating back hundreds of years, and much of the gold and silver relief work done by the city's master craftsmen of that time are held for safe keeping within its walls.

Koper, Slovenia
Located in southwest Slovenia on the Adriatic Sea, Koper in a picturesque port town with a compact, medieval center. Against a backdrop of the Alps, the area is enriched with several 15th Century Venetian Gothic palaces, castles and spires. Nearby, the breathtaking Postojna Caves can be toured on foot and by electric train. The recreational area north across Koper Bay is ideal for hiking, horseback riding and cycling.

Venice, Italy
One of the world’s most beautiful cities also happens to be one of its most unusual. Venice is actually spread over 120 islands in the Adriatic Sea. Because the city is connected by canals instead of streets, a good way to see Venice is on a romantic gondola ride. The epicenter of the city is St.Mark’s Square, where you’ll find the 900-year-old St. Mark’s Basilica.