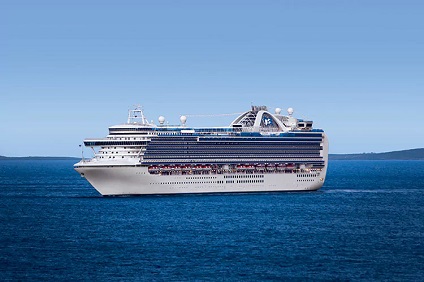 Your adventure begins the moment you step aboard. With nearly 900 staterooms with balconies, you'll awaken each day to a new horizon. Experience the relaxed ambience onboard and tantalizing cuisine in our elegant dining rooms. Enrich yourself with Discovery at SEA™ programs and unwind at the The Sanctuary, a tranquil haven reserved for adults.

Seattle, Washington
Seattle is a young city with a rich history. Settlers first landed at Alki Point in 1851 and named the area after Sealth, the Suquamish Indian chief who befriended them. Rebuilt after the Great Fire of 1889, "The Emerald City" has a legacy of vision and strength. Seattle has hosted two World's Fairs (1909 and 1962) and is the birthplace of two modern marvels, Boeing and Microsoft.

In the early 1900s, when gold was Alaska's claim to fame, fishing and timber industries were established in Ketchikan. The growth of these industries helped make this Inside Passage port Alaska's fourth-largest city.
Visitors to Ketchikan will be intrigued by its rich Native heritage, which includes the world's oldest collection of totem poles at Totem Heritage Center. The Haida, Tlingit and Tsimshian are all a part of the city's colorful history. Ketchikan, with its abundance of salmon, is also a sportfishing paradise. Sightseers will be impressed with both the scenic town and its surroundings, especially Misty Fjords National Monument.

Skagway, Alaska
Skagway was the gateway to the gold fields for the thousands who flocked to Alaska and the Yukon with the hope of striking it rich. Skagway may have boasted the shortest route to the Klondike, but it wasn't the easiest.
Over 100 years ago, the White Pass route through the Coast Mountains and the shorter but steeper Chilkoot Trail were used by countless stampeders. Many a would-be miner perished on the treacherous Chilkoot Trail.

The gold rush was a boon and by 1898, Skagway was Alaska's largest town with a population of about 20,000. Hotels, saloons, dance halls and gambling houses prospered. But when the gold yield dwindled in 1900, so did the population as miners quickly shifted to new finds in Nome.
Today, Skagway has less than 1,000 residents. It still retains the flavor of the gold rush era

Victoria, British Columbia
Victoria exudes old-world charm and fragrant and colorful flowers are everywhere. Founded in 1843 by James Douglas of the Hudson's Bay Company, the city was first known as Fort Victoria. By 1848, Vancouver Island was a British colony and Victoria was its capital.

In 1858, Victoria was a tent city and the base for some 25,000 prospectors on their way to the Frasier River gold fields. When Vancouver Island was incorporated with mainland British Columbia in 1868, Victoria became the capital of the entire province.