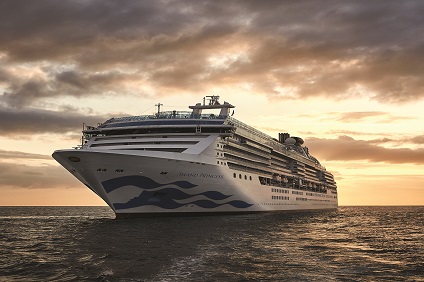 Reykjavik
Iceland is a land of volcanoes and glaciers, lava fields and green pastures, boiling thermal springs and ice-cold rivers teeming with salmon. This unspoiled demi-paradise is also home to a very old and sophisticated culture. The northernmost capital in the world, Reykjavik was founded in 874 when Ingolfur Arnarson threw wood pillars into the sea, vowing to settle where the pillars washed ashore. Today, Iceland is an international center of commerce and home to one of the most technologically sophisticated societies in the world.

Reykjavik is the gateway to Iceland's natural wonders, which range from ice fields to thermal pools. The island is in a continual process of transformation much like its society, which blends Nordic tradition with sophisticated technology.

If you're a seasoned traveler with a taste for destinations untrammeled by modern tourism, Qaqortoq is the ultimate port of call. Qaqortoq means "White Palace" in Greenlandic, and this small town of about 3,400 is the cultural and commercial center of Southern Greenland. Inuit and then Europeans were drawn to the site over 200 years ago, they were lured by the wealth of marine mammals that thrive in the offshore waters during summer.

The climate is, at best, highly unpredictable. Summer temperatures normally compare to summer temperatures in Northern Europe, but weather is variable even in summer. In winter, Qaqortoq is frequently isolated by winter sea ice and accessible only by airplane or helicopter. The harsh landscape and harsher climate have helped preserve traditional Greenlandic culture - the centuries-old Inuit skills of hunting, kayaking, and fishing are still revered in this unique place.

Organized shore excursions are not available, but the town is easy to explore on your own. The ship's launches drop you off at the pier, providing you with the opportunity to stroll the streets, visit the small local museum, talk to the local residents, buy a souvenir stamp at the Post Office and perhaps purchase an Inuit handicraft as a remembrance of your visit to one of the unique communities on the planet.

Halifax
The capital of Nova Scotia and the largest city in Canada's Atlantic Provinces, Halifax was once Great Britain's major military bastion in North America. The beautifully restored waterfront buildings of Halifax's Historic Properties recall the city's centuries-old maritime heritage. Stroll the waterfront, and you may find Nova Scotia's floating ambassador, the schooner Bluenose II, tied up to Privateer's Wharf, just as old sailing ships have done for over 200 years. Halifax is also the gateway to Nova Scotia's stunning scenery, including famous Peggy's Cove, where surf-pounded granite cliffs and a solitary lighthouse create an unsurpassed scene of rugged natural beauty.

New York
A leading global city, New York exerts a powerful influence over worldwide commerce, finance, culture and fashion, and entertainment. The city consists of five boroughs and an intricate patchwork of neighborhoods. Some of these include Lower Manhattan and the New York Stock Exchange, Battery Park and South Street Seaport, Chinatown, trendy SoHo and Greenwich Village, along with Little Italy, the flat Iron District and Gramercy Park. Famous Central Park covers 843 acres of paths, ponds, lakes and green space within the asphalt jungle. Many districts and landmarks have become well-known to outsiders. Nearly 170 languages are spoken in the city and over 35% of its population was born outside the United States. 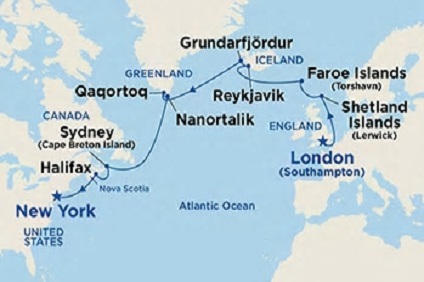