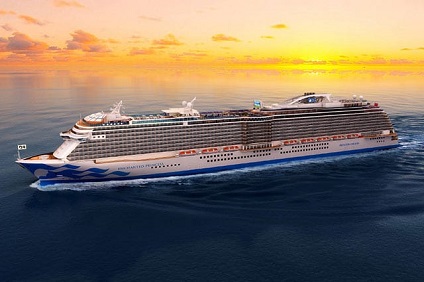 14 Night cruise departing from Rome to Barcelona onboard Enchanted Princess.

14 Night cruise departing from Rome to Barcelona onboard Enchanted Princess.

Rome (Civitivecchia), Italy
Your gateway to the Eternal City, Civitavecchia has served as Rome's seaport since the 13th century. The port has a long and venerable history. The emperor Trajan built a pleasure villa near the modern city, while Bernini and Michelangelo designed the harbor fortifications.

Kotor, Montenegro
Kotor lies at the head of Boka Bay. Bordered by towering limestone cliffs, the winding bay is actually Southern Europe's longest and most dramatic fjord. The port itself is a medieval gem: its narrow, asymmetrical streets are lined with ancient stone houses, old palaces, and churches dating from the 12th century. Kotor is also your gateway to the cultural and scenic wonders of Montenegro, from the old royal capital at Cetinje to the marshes and wildlife of Lake Skadar National Park.

Kotor is renowned for its nightlife: the streets of the old port are lined with pubs, taverns and cafés. The city is also host to a renowned summer carnival.

Kotor is an anchorage port. Passengers transfer to shore via ship's tender.

Corfu, Greece
The lush and verdant island of Corfu lies in the Ionian Sea, midway between Greece and Italy. The island has a long and colorful history. First colonized by the city-state of Corinth, Corfu has been ruled by the Romans, the Venetians, the French and the English. Corfu Town boasts fortresses bearing the insignia of the Venetian Republic, an esplanade lavishly planted by the French during the Napoleonic Wars, and an English cricket pitch. The island also offers some of the finest coastal scenery in the entire Mediterranean.

Corfu's old town is a mixture of the medieval and the modern. The Esplanade, planted with palms and eucalyptus by the French, leads to the English cricket pitch.

Crete (Chania), Greece
Weaving a tapestry of awe and wonder, Chania is a centuries-old mix of Minoan myths, well-preserved Venetian mansions, a mesmerizing Old Town complete with labyrinthine passageways, and atmospheric Kastelli Hill, once the site of a Roman acropolis. But Chania may be best known as the gateway to the breathtaking 4,000 year-old Minoan ruins at Knossos, home of the legendary King Minos and the part man and part bull known creature as the Minotaur. And around every corner of this idyllic area you'll find picturesque villages, breathtaking views and architectural wonders that will remain with you for a lifetime.

Mykonos, Greece
Thanks to its proximity to the mainland, Mykonos was one of the first Greek islands to become an international travel destination. During the late '60s and early '70s, Mykonos was famed as a haunt for the rich. The island's nightlife - then and now - was a glittering whirl of colored lights, music, and parties. But there's another side to Mykonos - the neighboring island of Delos. In classical mythology, Delos was the birthplace of Apollo and his twin sister Artemis. Travelers to Delos can stroll among the island's vast ruins, which include three temples consecrated to the Sun God and the famed Lions Walk.

Athens (Piraeus), Greece
The past maintains a vibrant presence in the cradle of Western civilization. Atop the Acropolis, the serene Parthenon sails above the commotion of the modern city. The tragedies of Aeschylus, Sophocles, and Euripides were performed in the Theater of Dionysus at the foot of the Acropolis. On Pnyx Hill, citizens of a fledgling democracy gathered to cast their votes on Athens' destiny. Then there is the hustle and bustle of the modern city, a metropolis of 4.5 million that spreads out from the foot of Mt. Lycabettus and across the plain. Packed with busy shops and lively tavernas, modern Athens is a colorful counterpoint to classical Greece.

Piraeus is the port city for Athens and has been Athens' port of entry for over two millennia.

Santorini, Greece
Did the catastrophic volcanic eruption that ravaged Santorini circa 1600 B.C. destroy Crete's ancient Minoan civilization - and give birth to the myth of Atlantis? In 1967, archaeologists on Santorini unearthed the remains of a Bronze Age city that may have been home to as many as 30,000 people. Whether the Lost Continent of Atlantis is rooted in myth or reality, an undisputed fact remains. The eruption created a caldera - and one of the most dramatic land and seascapes in the entire Mediterranean. On Santorini, whitewashed buildings cling to vertiginous cliffs that plunge to a turquoise sea. Part of the Cyclades Archipelago, the three-island group of Santorini, Thirasia and uninhabited Aspronisi present the traveler with unforgettable vistas.

The island has had a number of names throughout history - from Strongyle or "Round" to Thera in honor of an ancient hero. Santorini is more recent and stems from the island church dedicated to St. Irene - Santa Rini to foreign sailors.

Note: Santorini is an anchorage port: passengers transfer to shore via shore tender.

Sicily (Messina), Italy
Messina has played a major role in European history since its founding as a Greek colony in the 8th century B.C. During the Roman Empire, the city was a major port and commercial center, during the Middle Ages, Messina was the major port of departure for Crusaders. History has also left its scars: a massive earthquake leveled much of the city in 1908 and the World War II campaign for Sicily devastated Messina. Yet Messina emerged from that devastation with some of its historic treasures intact, including the 12th-century Annunziata dei Catalani Church. Messina is also your gateway to the rugged beauty of southeast Sicily, from the seaside resort of Taormina to Mt. Etna.

Between the fall of Rome and the 1861 unification of Italy, the Arabs, the Normans, the Germans, the Spanish and the French ruled Sicily.

Barcelona, Spain
The 1992 Summer Olympics revealed to the world what Europeans and seasoned travelers already knew - Barcelona is one of the world's greatest treasures. Vibrant and earthy, commercial and cultural, this city of two million residents is the capital of Spain's autonomous region of Catalonia. Stroll along the wide, tree-lined promenades of Las Ramblas and marvel at the spires of Gaudi's Basilica La Sagrada Familia. Or visit the former Olympic Ring on the hill of Montjuic - also home to world-class parks, fountains and museums. Barcelona, which nurtured such artistic giants as Picasso, Dali, Miro and Casals, is definitely a traveler's paradise.