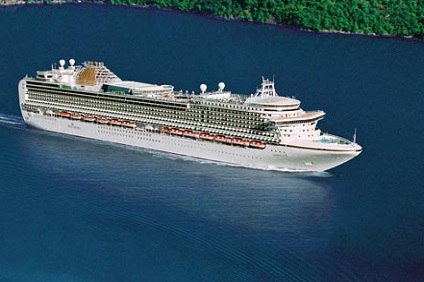 Taking in four destinations, three countries and two days at sea, you can get out and about and chill out on this holiday. Visiting the Channel Islands, Portugal and Spain, you might stroll by pretty harbours, learn fascinating history, try delicious delicacies and taste the local tipples. Your first call is picturesque St Peter Port. Explore the Ruettes – quiet lanes dedicated to walkers, cyclists and horse riders – and wander round the fascinating military museum, housed in a former German bunker. But be sure to leave time for duty-free shopping and some traditional Guernsey ice cream. From Leixoes, visit pretty Porto. This historic city with Roman ramparts and Parisian-style squares is best known for its port wine – to which the city gave its name. Don’t miss the fashionable bars and restaurants on the narrow streets of the Ribeira district.

See the sights of Lisbon, AKA the ‘City of Light’ via an amphibious ‘duck’ vehicle ride around town and along the River Tagus, or simply hit the back streets to enjoy a fresh pastel de nata (custard tart) and bica (espresso). Then finally, call in at atmospheric Vigo, home to Europe’s largest fishing port. Wander the steep streets of the old town, try local oysters and tour the fascinating sea museum.

Oporto
Oporto is an enchanting, historic city with Roman ramparts and Parisian-style squares. But it's best known for its port wine - to which the city gave its name. The cathedral area is filled with many treasures, like the Renaissance church of Santa Clara and the densely populated quarter of Barredo, which hasn't changed since medieval times. The narrow streets of the riverside quarter of Ribeira are delightful and dotted with fashionable bars and restaurants overflowing with seafood.

Lisbon
Some of the best views of the Portuguese capital come as your ship cruises along the Tagus River. You pass the Belem Tower and the impressive Monument to the Discoveries with its statue of Henry the Navigator before arriving at the Lisbon cruise terminal.Although small for a European capital, this city does sprawl a little so you would do best to concentrate on three districts - Baixa, Bairro Alto and Alfama, each with its own distinctive style, making Lisbon cruises a must see.Baixa has busy streets of inviting shops, cafés and restaurants while Alfama is the atmospheric old town with narrow cobblestone streets, medieval and Moorish-style buildings, wrought-iron balconies with trailing flowers and a mix of small shops and bars. Bairro Alto is another historic district with narrow streets and is a steep climb from Baixa so look out for the 100-year-old lift (Elevador do Carmo) near Rossio Square. With such a variety of destinations to explore, cruises to Lisbon bring to your holiday a balance of both modern and historical grounds. 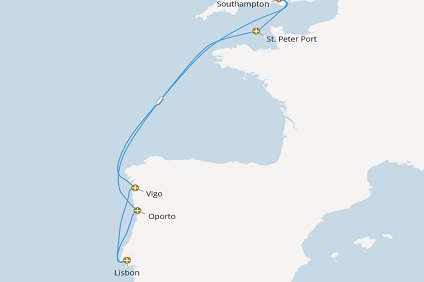