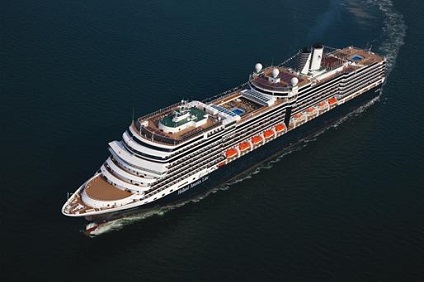 12 Night Cruise sailing from Rome to Venice aboard Nieuw Amsterdam.

12 Night Cruise sailing from Rome to Venice aboard Nieuw Amsterdam.

Athens
The port of Piraeus is one of the last old-style Mediterranean ports from where you can catch ferries to all of the Greek islands and travel a short distance to Greece's capital city Athens.

In the heart of the city lies the ancient Plaka district, with its honeycomb of streets, little shops - and tavernas that come alive at night. Situated on the north and east slopes of the Acropolis, it is rich with historic sites, such as ancient monuments and churches. Within Athens there are eight large hills, including the Acropolis, and on the outskirts, Mount Parnitha, Mount Pendeli and Mount Hymettos surround the city. A trip to Athens' most famous tourist attraction, the impressive Parthenon built on the Acropolis around 2,500 years ago, will be memorable to say the least.

There are an extraordinary number of historic tourist sights in Athens and many of these are known world-wide. Some of the top Athens attractions include the Agora - a grand, ruined Roman building, Hadrian's Arch - originally the city gate linking the Roman quarters with original town of Athens and the stunning Dionysos Theatre - the world's oldest theatre where many great plays have been performed over the years.

Kusadasi
Kusadaso is a resort town in the province of Aydın on the Aegean coast of Turkey, 90 km (56 mi) south of İzmir, and 71 km (44 mi) from the inland provincial capital of Aydın. The city stands on a bay in the Aegean with the peninsula of Guvercin Ada sticking out into the sea at one end, and the mountain of Kaz Dağı behind.

Kudasi is a sprawling tourist center, serving thousands of tourists who flock here to visit the nearby ruins of Ephesus (30 km's away) and enjoy the beaches. It is also a great place for shopping. A highlight is a visit to a small island connected to the coast by a footbridge called Guvercin Adasis. The island has a walled fortress with a small museum and is great for exploring. 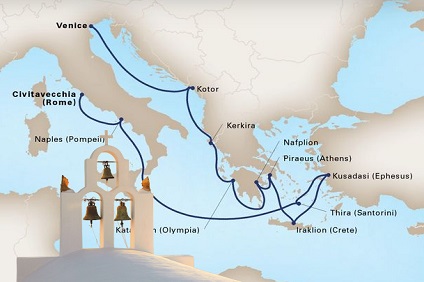