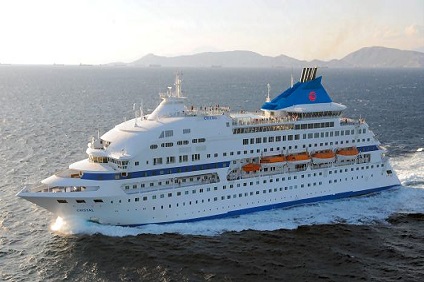 Athens
The port of Piraeus is one of the last old-style Mediterranean ports from where you can catch ferries to all of the Greek islands and travel a short distance to Greece's capital city Athens.

In the heart of the city lies the ancient Plaka district, with its honeycomb of streets, little shops - and tavernas that come alive at night. Situated on the north and east slopes of the Acropolis, it is rich with historic sites, such as ancient monuments and churches. Within Athens there are eight large hills, including the Acropolis, and on the outskirts, Mount Parnitha, Mount Pendeli and Mount Hymettos surround the city. A trip to Athens' most famous tourist attraction, the impressive Parthenon built on the Acropolis around 2,500 years ago, will be memorable to say the least.

There are an extraordinary number of historic tourist sights in Athens and many of these are known world-wide. Some of the top Athens attractions include the Agora - a grand, ruined Roman building, Hadrian's Arch - originally the city gate linking the Roman quarters with original town of Athens and the stunning Dionysos Theatre - the world's oldest theatre where many great plays have been performed over the years.

Mykonos
Mykonos is the most famous tourist island in the Eastern Mediterranean and certainly the most cosmopolitan among the Cyclades. Mykonos easily captures the visitors interest, thanks to the great variety of choices on offer here. There is something for everyone; “holidays” here can mean anything from the most peaceful relaxation to the wildest partying.

Located on the islands’ western harbor, the “Chora” of Mykonos is a very beautiful old island town, which in the past had its own merchant fleet. Today it maintains a balance between tourism-related development and the preservation of its very picturesque features.

There are whitewashed houses, proud windmills, a multitude of chapels, busy back streets with balconies full of flowers and a multicolored fleet of fishing boats in the port.

Santorini
Santorini is a small, circular archipelago of volcanic islands located in the southern Aegean Sea, about 200 km south-east from Greece's mainland. It is one of the best-known of the Cyclades where towering cliffs crowned by tiny white houses plunge straight into the depths of the sea. The steep coastline of the west is countered by the vast beaches of the east side, some of them sandy and others with pebbles.