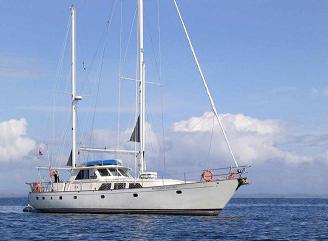 Adventure into this remote wilderness, seeking wildlife, meeting native guides ... learn why the Great Bear Rainforest is one of the last gems on the Pacific Coast.

The central coast region of British Columbia’s scenic and intricate shoreline has a long history. Stretching from Vancouver Island, north along the mainland coast, it forms a significant section of the famous “Inside Passage” route to Alaska - a name that started with the gold rush of the 1800’s. Many of the gold seekers stayed on the coast, attracted to the plentiful resources of fishing and the lush forests. Native peoples have lived along this coast for at least 10,000 years, and built a renowned culture based upon these same fish and trees. Unfortunately, diseases spread from the first European settlers, decimated the old villages, and now the native peoples are centered in a few, small coastal villages - Bella Bella, Klemtu, and Hartley Bay. It was only in the last few years with the introduction of the name “Great Bear Rainforest”, that this magnificent wilderness has deservedly found itself in the spotlight of international attention.

Kermode Spirit Bear:
These primeval forests are the only habitat of the Kermode or “spirit bear”. An elusive and rarely seen wonder, the Spirit Bear is a genetic throwback - a black bear with a “recessive” gene for snow-white fur. Princess Royal Island is one of the few areas on the coast where one can find the Kermode. Only 10% of black bears in the area are white, so though we expect to see black bears, it will require good luck and perseverance to spot a Spirit Bear.

Humpback Whales:
During our voyage there are excellent chances of seeing various species of marine mammals. Campania Sound and Whale Channel are good areas for viewing humpback whales.

Grizzlies:
This area is home to the magnificent grizzly bear, a species that requires large areas of habitat undisturbed by human activity. These great bears, once roamed across North America but due to the advance of civilization, diminished food supply and continued hunting, they are now threatened in their remaining range.

Weighing in at more than a quarter of a ton, grizzly bears sit at the top of the food chain and are a critical part of this coastal ecosystem. These bears are drawn to the estuaries of large coastal rivers to feast on the salmon moving upriver to spawn. They depend on these salmon to survive. The Great Bear Rainforest supports one of the last sustainable populations. We plan on exploring up remote coastal fiords and expect to see these majestic creatures. 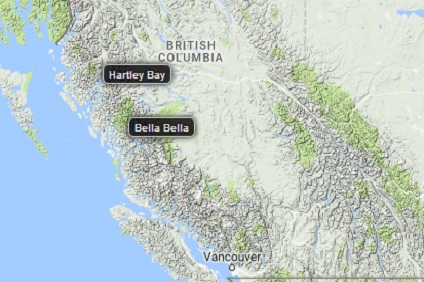