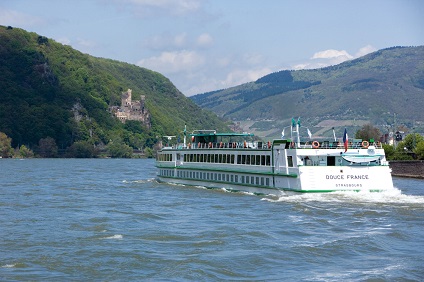 8 Night Cruise sailing from Amsterdam to Basel aboard Douce France.

8 Night Cruise sailing from Amsterdam to Basel aboard Douce France.

From Amsterdam to Basel, embark on a cruise rich in history and authenticity. Discover historic monuments through cities such as Haarlem or Colmar and its Unterlinden museum. You can take a stroll to the Arnhem Open Air Museum, which reveals a 100-year-old story. To end your cruise in beauty we give you the sublime Rhine Falls.

Amsterdam
Amsterdam, the capital of The Netherlands is built around a concentric network of canals spanned by over 1000 bridges making canal cruises one of the most attractive ways of viewing the city. Many of the houses date back to the 17th century. These narrow-fronted merchants' houses are characterised by the traditionally Dutch ornamented gables.

Cologne
Cologne is situated on the river Rhein in North Rhine-Westphalia and is the fourth largest city in Germany. It is one of the nation's media, tourism and business hotspots.

Cologne Cathedral (German: Kölner Dom) is the city's most famous monument and the Cologne residents' most respected landmark. It is a Gothic church, started in 1248, and completed in 1880. In 1996, it was designated a World Heritage site; it houses the Shrine of the Three Kings that supposedly contains the relics of the Three Magi. Also worth seeing are the city’s twelve Romanesque churches. These buildings are outstanding examples of medieval church architecture. The origins of some of the churches go back as far as Roman times.

Cologne has several museums. The famous Roman-Germanic Museum features art and architecture from the city's distant past; the Museum Ludwig houses one of the most important collections of modern art in Europe, including a Picasso collection matched only by the museums in Barcelona and Paris. The Schnütgen Museum of religious art is housed in St. Cecilia, one of Cologne's Twelve Romanesque churches. 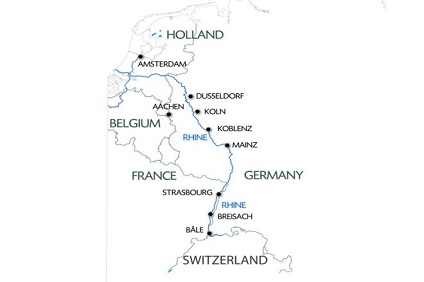