Viking Orion, Alaska & the Inside Passage ex Vancouver to Seward 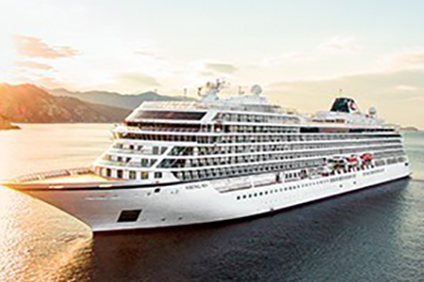 10 Night Cruise sailing from Vancouver to Seward aboard Viking Orion.

10 Night Cruise sailing from Vancouver to Seward aboard Viking Orion.

Wilds of a great frontier

Immerse yourself in a world of Tlingit heritage with hints of Russia, where an outpost atmosphere prevails in charming, mountain-ringed seaside towns. As you cruise this pristine wilderness of misty fjords, lush forest and gleaming walls of ice, pan for gold like prospectors of old, meet local Tlingit who have fished these waters for centuries, and hear tales both tall and true of a region where a Wild West spirit still feels very much alive.

Day 2 Scenic Cruising: Inside Passage
Take in the natural splendor of one of Alaska’s most scenic waterways, the famed Inside Passage. You will navigate the Strait of Georgia, the Seymour Narrows and the Granville Channel, reveling in an endless canvas of beauty. Sail past rainforests spilling down steep cliffs to the shore. Keep a watchful eye for orcas, dolphins and whales. Overhead, a wide array of birds take wing, from bald eagles and cormorants to several species of gulls, all feeding on the plentiful bounty of fish in the waters below.

Day 3 Ketchikan, Alaska, United States
Discover Alaska’s “first city,” as it is known to travelers coming by ship from the south. Ketchikan was home to the Tlingit long before the arrival of white settlers, as you’ll see in the many old and new totem poles that grace the town. During a tour, walk in the footsteps of lumberjacks, fishermen, con artists and ladies of the night in this once lawless frontier town, and embark an amphibious vehicle for a unique “Duck Boat” tour. If you’d like to venture beyond the town, visit Tongass National Forest and Misty Fjords National Monument, where seaplanes and 4x4 vehicles take you beyond the beaten path.

Day 4 Sitka, Alaska, United States
Glimpse the Russian influence in Sitka, once the capital of Russian Alaska. Enjoy an enlightening walking tour to learn more about the fur trade that brought the Russians here. See the Russian Orthodox Cathedral and the Russian Bishop’s House, built by the Tlingit with guidance from Finnish carpenters in the 1840s. As you explore, you will see many art galleries displaying the work of artists who have been inspired by the region’s natural beauty for decades. If you’d like, board a plane or boat for inspiring views of Mt. Edgecumbe, an extinct volcano on a nearby island.

Day 5 Juneau, Alaska, United States
Call on Alaska’s capital of Juneau on the Gastineau Channel. Named for an early prospector, it is the only US capital inaccessible by road, and so all goods and visitors must arrive via sea or air. Marvel at its fjord-like, dramatic setting between mountains and sea as you take a drive to pan for gold in the spirit of the city’s early days. If you wish, enjoy spectacular views of the Alaskan state capital from the Mount Roberts Tramway or embark a small boat to the Mendenhall Glacier, spotting porpoises and whales along the way.

Day 6 Skagway, Alaska, United States
Visit Skagway, named for a mythical woman who turned herself to stone at Skagway’s bay. Gateway for prospectors arriving to reap the benefits of the Klondike gold rush in the Canadian Yukon, the town today evokes an Old West spirit. Enjoy a brief tour before taking a scenic drive up to White Pass like the gold diggers of old, pausing at the Canadian border for photos. You may choose instead to make the journey aboard the fabled White Pass Railroad, or visit a sled dog camp to learn about a generations-old tradition.

Day 7 Icy Strait Point, Alaska, United States
Discover the old canning station at Icy Strait Point today. Fully restored by the Native American Tlingit community from nearby Hoonah, it is an exquisite time capsule revealing how locals once earned a living from the rich fishing grounds. Celebrate the Tlingit culture during a cultural presentation by locals in traditional ceremonial dress. You might also join a whale-watching excursion to spot some of the many creatures that flock to these food-rich waters. Or hop a floatplane to soar over the breathtaking expanse of Glacier Bay National Park, just across the strait.

Day 8 Scenic Cruising: Yakutat Bay
Today you will witness some of Alaska’s most breathtaking and pristine scenery. Cruise into majestic Yakutat Bay to the point where it narrows to become Disenchantment Bay, so named by its Spanish discoverer who was hoping to find the fabled Northwest Passage and instead faced the imposing icy wall of Hubbard Glacier. Today, the spectacular glacier steadily advances into the water, blocking tributary fjords and slowly pushing ice and debris down from the St. Elias Mountains.

Day 9 Valdez, Alaska, United States
Call in Valdez today, named after a Spanish secretary of the navy. Explorers and gold seekers flocked to Valdez before it became Alaska’s northernmost ice-free port. Today, it is the southern terminus of the Trans-Alaska Pipeline that carries oil south from Prudhoe Bay on the Arctic coast. Learn about the town’s history during a walking tour. Or opt for an excursion to the magnificent Columbia Tidal Glacier in Prince William Sound, and perhaps try your luck catching some of Alaska’s famous salmon.

Day 10 Seward, Alaska, United States
Discover Seward today, a modest seaport named after Abraham Lincoln’s secretary of state, who defied public opinion to pursue the purchase of Alaska from Russia. The small city is also renowned as the starting point of the world-famous Iditarod dogsled race. Explore the Alaska SeaLife Center, where you will learn about the marine world that thrives right off the coast. If you wish, venture farther afield to Katmai National Park to visit Exit Glacier or capture breathtaking aerial views from an optional helicopter excursion.