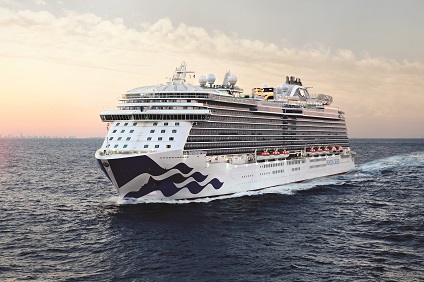 Ft. Lauderdale, Florida
According to the popular 1960 beach movie, Fort Lauderdale is "where the boys are." The city's reputation as America's Spring Break capital, however, has been replaced with the more favorable image of a prime family tourist destination, attracting more than 10 million visitors annually. The most popular beach resort in Florida is even more rightly famed as the "Yachting Capital of the World," with more than 40,000 registered crafts calling its waters home. The city also prides itself on being the "Venice of America" with more than 300 miles of navigable waterways. Fort Lauderdale boasts world-class theaters, museums, sightseeing, and shopping.

Princess Cays, Bahamas
Join us at our exclusive port of call, Princess Cays, where you'll enjoy a private beach party on the island of Eleuthera in the Bahamas. One hundred miles long and only two miles wide, Eleuthera offers unspoiled beaches. Our private resort at Princess Cays is situated on more than 40 acres and features over a half-mile of white-sand shoreline, all at the southern tip of the island. The resort boasts outstanding amenities while carefully preserving this natural paradise. Take in the views from the observation tower. Enjoy a barbecue. Sip a cool drink or browse the shops and the local craft market. All of Princess Cays' facilities are linked by walkways. Recreational activities abound. Enjoy volleyball and a full range of water sports, or simply relax on the beach.

Falmouth, Jamaica
Falmouth is the chief town and capital of the parish of Trelawny in Jamaica. It is situated on Jamaica's north coast 18 miles east of Montego Bay. It is noted for being one of the Caribbean's best-preserved Georgian towns. Founded by Thomas Reid in 1769, Falmouth flourished as a market centre and port for forty years at a time when Jamaica was the world's leading sugar producer. It was named after Falmouth, Cornwall in the United Kingdom, the birthplace of Sir William Trelawny, the Governor of Jamaica, who was instrumental in its establishment. The town was meticulously planned from the start, with wide streets in a regular grid, adequate water supply, and public buildings. It even had piped water before New York City.

Grand Cayman
When Columbus made his landfall in the Caymans in 1503, he found tortoises and sea turtles in such profusion that he promptly named the islands Las Tortugas. But the name that stuck for the islands was the Carib word "Caimanas." Fitting, since the caiman is a New World crocodilian and the islands were long the lair of pirates, buccaneers, and assorted freebooters. Despite their past, the Caymans are a Caribbean demi-paradise of white-sand beaches, coral gardens, and offshore waters harboring spectacular shipwrecks. Grand Cayman, Cayman Brac and Little Cayman also boast the highest standard of living in the entire Caribbean. This union of natural beauty and cosmopolitan style makes Grand Cayman a spectacular port of call for today's adventurers.

Island of Cozumel, Mexico
Mayan myth claims that Cozumel was home to the gods. Truly Cozumel is a place fit for the gods, with its dazzling white-sand beaches, ruined Mayan temples, exotic jungle wildlife, and crystalline waters teeming with tropical fish. Just offshore lay Palancar Reef, considered one of the most spectacular coral formations in all the Caribbean. Of course, the gods weren't the only individuals attracted to this terrestrial paradise: during its long and colorful history, Cozumel has been home to pirates, buccaneers, and freebooters, including Sir Henry Morgan and Jean Lafitte. Today's traveler will discover the same ravishing beauty and relaxation that entertained gods and pirates alike.