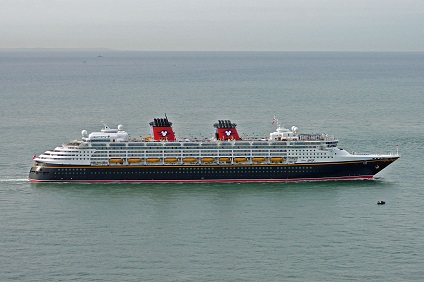 From the hearts and minds of the dream-makers at Disney come the most imaginative vessel afloat: The Disney Magic®. Step aboard and discover a ship as classic as the greatest ocean liners of years gone by. Staterooms that are among the largest at sea. And separate activity areas for adults, teens, and kids. Discover what makes every Disney cruise a voyage into adventure and enchantment.

Revel in a diverse getaway that blends first-rate amenities with extraordinary destinations. Start and end in the cosmopolitan city of Barcelona and travel to culturally rich cities in France and Italy. A day at sea gives you a chance to enjoy the lively entertainment, themed dining and fun recreational activities aboard your Disney cruise ship.

Barcelona
Disney Cruise Line returns to Europe and its homeport of Barcelona. This coastal city located on the northeast region of the Iberian Peninsula faces the beautiful Mediterranean Sea. Its mild climate and cosmopolitan makeup combine to create a world-class destination for travelers the world over. Among its many qualities, Barcelona has incredible culinary delights, leading fashion designers, numerous museums and art galleries, expansive parks and beaches, a convenient subway system and last, but not least, amazing architecture—from Medieval to Modernism. Barcelona has an energy and effervescence that is unique. Stroll along La Rambla, the city's main boulevard, for people-watching at its best. Dine on paella at midnight when the city really comes alive. And discover the unique public spaces, such as Parc Güell, the fantastical whimsy of Catalan architect í. Gaudi's other surreal wonders include Barcelona's most famous landmark, the Sagrada Família, a still unfinished basilica that has been under construction since 1882 and is now a part of the city's identity. Gems from the Old World survive in the Gothic Quarter or Barri Gòtic, the center of the old city where you can marvel at buildings that date from the Medieval period or even as far back as Barcelona's Roman settlement. Without a doubt, Barcelona is a marvelous departure port worth spending time in—on either end of your Disney Cruise Line vacation.

Cannes (Monte Carlo, Nice) France
Iconic Cannes is located in the southeast corner of France on the Mediterranean coast. Just 30 miles from the Italian Riviera, nestled on a lovely bay and protected by the nearby Lérins Islands, this town is much more than a tourist destination.

Livorno (Florence, Pisa) Italy
This Renaissance city situated along Tuscany’s western coast is your gateway to Florence and Pisa. Livorno is distinctive among its fellow Tuscan cities in that its origins stretch back as far as the 15th century. Its time-worn buildings and historic maritime traditions make this charming, Italian oasis a favorite vacation destination. This port city has strong ties to the ocean and a reputation for hospitality. People of all walks of faith, heritage and beliefs have flocked to this haven for its reputed tolerance. As a result, Livorno is marked by a centuries-old, diverse culture. Local passions include boat racing, gastronomy, seafood and folklore.

Rome, Italy
Civitavecchia, Italy is one of the ports of call on a Disney Cruise Line European Cruise vacation and a major point of departure and arrival for travelers en route to central Italy, Sardinia, Sicily, Tunis and Barcelona. With its modern transportation systems, the town is a convenient gateway to "The Eternal City," otherwise known as Rome. A host of transportation options to be found at the dock allow for convenient direct passage. A 90-minute trip will take you from the Mediterranean coast into this, one of the most celebrated
cities in the world. Rome is famously regarded with awe and curiosity for its rich and glorious history, and for the architectural marvels that stand proudly intact to this day. Once there, you'll find plenty of relics that remain from the days when Rome represented a paragon of power and modern civilization. 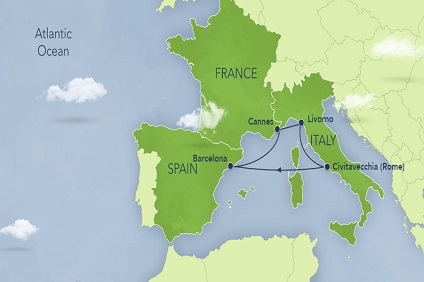