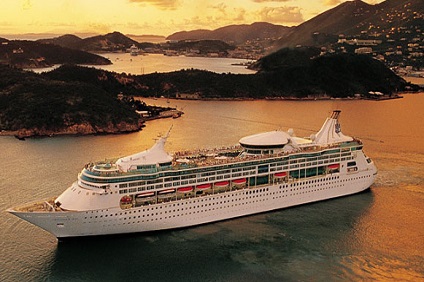 12 Night Cruise sailing roundtrip from Barcelona aboard Vision of the Seas.

12 Night Cruise sailing roundtrip from Barcelona aboard Vision of the Seas.

Collect cultures across the globe as you gain a whole new perspective on adventure onboard Vision of the Seas®. Get a taste of Cajun-Caribbean fusion with sailings from New Orleans to the Bahamas and beyond. Take some time to get up close with the masterworks of the Mediterranean or the stunning scenery of the Baltic Sea. Or discover all the colors of New England on a fall foliage escape. Wherever you’re looking to explore, this is the ship that can take you there.

BARCELONA, SPAIN
Grab a steamy cortado in a sidewalk café and then take a morning walk along the Mediterranean shore. Take the plunge and swim with sharks at one of Europe’s largest aquariums. Comb ancient excavated relics at Barcelona City History Museum. Or peruse extraordinary art collections by Spanish talents at one of the city’s renowned museums.

NICE (VILLEFRANCHE), FRANCE
Although originally called "Nakaia," France's Nice is as delightful as its name suggests to English speakers. Take a bus or taxi into Nice's Old City to explore its history-spanning architecture and pristine French Riviera beaches with your Nice cruise. Or stick closer to Villefranche-sur-Mer, where your ship will dock, and take a day-trip to the mountaintop town of Eze. No matter how you spend your time in the de facto hub of France's Cote d'Azur, you'll enjoy the added benefit of being close to Italy, which means delectable pizza, fragrant espresso and the sounds of a second Romance language.

FLORENCE / PISA (LIVORNO), ITALY
One of Italy's oldest port cities, Livorno is a small but historically rich city. Check out the red-hued Fortezza Nuova, a 16th-century fortress, and the surrounding area known as Nuova Venezia ("New Venice"), and take a mini-sailboat ride through its charming canals. Cruise to Livorno and use the city as your jumping-off point to the beauty of Tuscany: Take the 30-minute drive to Pisa and snap a quintessential picture with the city's famous leaning tower. Or head to Florence — about an hour from Livorno by car or train — where you can see the unmistakable Duomo ("dome") and the Byzantine-style frescoes of Saint John's Baptistery.

ROME (CIVITAVECCHIA), ITALY
The Eternal City endures with endless adventures. Sip a cappuccino in an al fresco café and watch the city wake. Peruse ancient artifacts in National Roman Museum and Italian masterworks in Villa Borghese. Or learn about the ancestors of the Romans at the National Etruscan Museum.

NAPLES / CAPRI, ITALY
With a skyline defined by towering Mount Vesuvis, Naples is a bustling Italian city brimming with beauty. Experience its rich neoclassical architecture at sites like Gesu Nuovo Church, with its lavish interior adorned with detailed frescoes, statues and gold inlay. Go even deeper into history at the San Gennaro catacombs, where Naples' first bishops were buried in the second century A.D. Walk along the Miglio Sacro ("Holy Mile") and people-watch your way through the cafes and shops of the Sanita district with a zuccherato (sweetened espresso) in hand. Jump onboard a Naples cruise and take the short bus ride to the base of Mount Vesuvius — it's an easy 20- to 30-minute hike will take you to the summit — and tour the ruins of Pompeii afterward.

VENICE, ITALY
A floating jewel among Italy’s dynamo cities, Venice captivates in unexpected ways. Spanning over 100 islands, its maze of canals winds around world-renowned sights like San Marco Campanile— and tucked-away adventures loom beyond every backstreet corner. With no roads, the City of Bridges is best explored by gondola or on foot. Admire Palazzo Ducale’s pink marble colonnades and explore the city’s political life in Doge’s Palace. View Venetian masterworks in Gallerie dell'Accademia or relish Italian opera in Teatro La Fenice. From sunning along the Adriatic to shopping in waterfront markets to engaging in a Venetian Carnevale mask-making workshop, Venice’s serene waterscape overflows with adventure.

SPLIT, CROATIA
Lying on the Adriatic Sea's eastern shore, Split is known for its terracotta roofs, whitewash buildings, palm tree-lined promenade and azure waters. Split has a long history, as it's home to Diocletian's Palace and the Cathedral of Saint Domnius, which were built for the Roman emperor in the 4th century. Always buzzing with tourists, Split balances its historic setting with a plethora of modern restaurants, bars and shops. Thanks to its Mediterranean climate, Split receives over 2,600 hours of sunshine every year. Jump onboard a Croatia cruise and take advantage of its sunny weather by exploring its beautiful beaches — most namely Bacvice and Kastelet Beaches — year-round.

KOTOR, MONTENEGRO
Looking at a map of Europe, you might be forgiven for missing Kotor — a tiny port in the already-tiny country of Montenegro. But from the moment your Kotor cruise docks, you'll enter a larger-than-life world of mighty forts and towering sea cliffs, the air filled with the refreshing smell of the ocean. With a Montenegro cruise, you can explore the attractions inside Kotor's fortified Old City, one of the Mediterranean's best-preserved medieval towns. Don't miss the Cathedral of St. Tryphon, an ornate church first consecrated in 1166. Then, scale St. John's Fortress — the hilltop fortifications, dating back to the 6th century, offer the best views of the city, the harbor and the surrounding mountains.