Symphony, Las Ramblas to the Riviera ex Barcelona to Rome 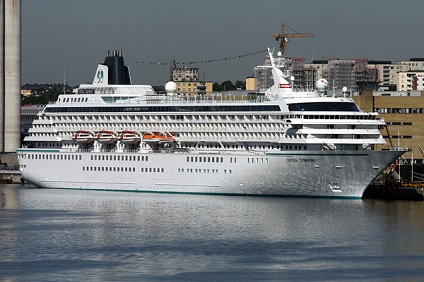 It begins the moment you embark. An immersion into luxurious wonder. An extraordinary sense of well-being. The Crystal Symphony is one of the most spacious and luxurious cruise ships at sea. Onboard amenities feature grand lounges, a full-service fitness facility, exciting casino, a lavish spa, expansive decks, a swimming pool with an extra-large Jacuzzi, award-winning cuisine and entertainment. To top it off, exquisitely-appointed staterooms, more than half of which offer private verandahs. Considered to be the finest shipboard staff afloat, it is their goal to anticipate your every need and to make this a vacation to remember.

Monte Carlo, Monaco
Monaco is an ancient principality steeped in rich and colorful history. Its proud monarchy is presided over by Prince Albert, who assumed the throne after his famed father Prince Rainier died in 2005. Today when gazing on its modern skyline, it is hard to imagine that Monaco endured a turbulent past. Once a Greek settlement conquered by the Romans, it was bought from the Genoese in 1309 by the Grimaldis, who still rule as the world's oldest monarchy. Monaco covers less than one square mile and is known primarily for its Grand Casino.

Florence/Livorno, Italy
Goethe once observed that Tuscany "looks like Italy should [look]." Fortunately, little has changed in the two centuries since the German poet was himself a tourist in Tuscany. The Tyrrhenian port of Livorno was founded in the 15th century. It is the gateway to Italy's Tuscan region and to many spectacular sights; including the extraordinary Leaning Tower of Pisa, the charming medieval village of Lucca, the lovely hill town of San Gimignano and the timeless city of Florence. No place is as imbued with such grace, dignity, serenity and history as is Florence. This city's wealth of architectural and artistic treasures includes works by Raphael, da Vinci, Botticelli and Michelangelo. Truly Florence, cradle of the Italian Renaissance, is one of the world's most enticing cities. 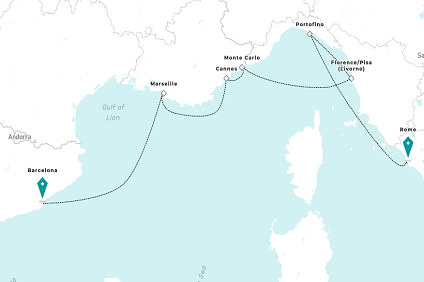