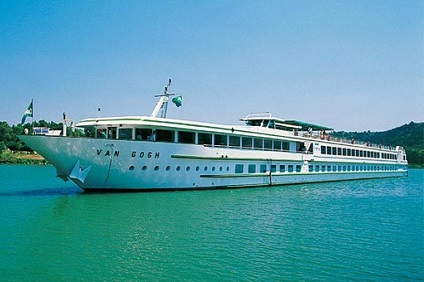 Join us for a wonderful cruise on the Rhone river! You'll be amazed by the beautiful landscapes of the South of France as we sail through the wild Camargue all the way to Avignon, "Papal city" with a rich past and exceptional jewels of architecture.

Lyon
Lyon is the third largest city in France and centre of the second largest metropolitan area in the country. It is the capital of the Rhone-Alpes region and the Rhône département. The city is known for its historical and architectural landmarks and is a UNESCO World Heritage Site. Lyon was historically known as an important area for the production and weaving of silk and in modern times has developed a reputation as the capital of gastronomy in France.

Lyon is shaped by its two rivers, the Rhône (to the East) and the Saône (to the West), which both run North-South. The main areas of interest are Fourvière hill, Vieux Lyon (Old Lyon), Presqu'île, Croix-Rousse, Confluence, Part-Dieu, Brotteaux, Guillotière, Etats-Unis and Vaise.

There are many sights of interest in Lyon including the Roman ruins on the hillside near the Fourviere Basilica with the Ancient Theatre of Fourvière, the Odeon of Lyon and the accompanying Gallo-Roman Museum, the Amphitheatre of the Three Gaul and the roman ruins of an amphiteatre. There are many churches dating back to the Middle Ages and Renaissance and buildings built in the 17th and 18th century.

Avignon
Avignon is one of the major cities of Provence, in Southern France. It is the main city of the departement of Vaucluse, and is located on the banks of the Rhone river. The city is probably best known for its Palais des Papes (Palace of the Popes), where the Popes lived for much of the 14th century. For centuries, it has also been one of the major artistic centres of France.

Avignon has an immaculately preserved medieval town with endless impressively decorated buildings, ancient churches, chapels and convents, and plenty of places to eat and drink. There is a great shopping area, with pedestrian streets without cars and loads of shops of all kinds. Southeast of the Place de l'Horloge: rue des Marchands, rue Rouge and ajoining streets are full of clothing and other shops.

Viviers
Viviers is a commune in the department of Ardèche in southern France. It is a small walled city situated on the right bank of the Rhône, a few kilometres south of Montelimar. Formerly seat of the bishopric, the city dates back to the 5th century. Due to its sheltered location at the end of the Donzere Pass, the city has been able to keep its old world charm to this day.

Attractions in Viviers include the Cathedral of Saint-Vincent located at the centre of the old town. Other notable buidings include the House of the Chevaliers and the Town Hall. There are also a few pastel painted houses common in the Provence region. Behind the old town (just behind Viviers cathedral) there is a far reaching view across the roofs of the town and across the Rhone river to the distant mountains, as well as a large statue of the madonna standing on the hill above the town.